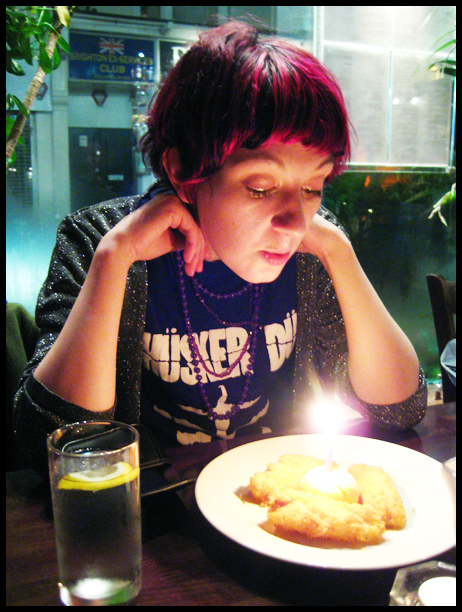 I’m Curious To Know Exactly How You Are

I had to put a Hüsker Dü song in this list, as they are one of my all-time favourite bands, but it was hard to decide which one. In the end I went for a really obvious choice- the first song of theirs I got into.

Hüsker Dü started out as a straight-up hardcore band in 1980, and became more and more melodic as the years passed until they split up in 1987, I think hitting the point of perfect contrast between the two around 1983/4. Both guitarist Bob Mould and drummer Grant Hart sang and wrote songs- this being one of Grant Hart’s.

As well as the pure momentum and harsh joy of their music, I’m also very appreciative of the fact that Hüsker Dü were a band with two semi-out gay/bi men in, which was a pretty difficult situation to be in, in the ultra-macho world of American punk in the early 80s. (When Grant Hart sadly died recently I was however overjoyed to find out that Grant was short for Grantzberg. Grantzberg).

Candy Apple Grey was the first album I ever bought on vinyl around 99/2000, when I was fourteen to fifteen. I was a big Nirvana fan, and used to read old interviews and reviews and follow up on the references from them, discovering bands like the Pixies, Wipers and the Vaselines in that way. I had the internet at home, but it was essentially useless for actually listening to music as it was so slow and there was hardly any audio actually available, so often you could hear a lot about a band before ever hearing their music.

This was the case for me with Hüsker Dü. I had dusted off an old record player found in a cupboard at my dad’s house (contrary to many dads he has no interest in music), and started going to the excellent local second hand record shop near me- the much-missed Magic Discs in Gillingham, where I spotted Candy Apple Grey. I had already picked up the idea that Hüsker Dü and SST were important, so I had to get it. (This was before Our Band Could Be Your Life came out- a book very much worth reading, about some of my all-time favourite music)

I immediately loved it, and tried to get other people into it too. Unfortunately at that time the majority of my school friends were into Nu Metal, and they weren’t that fussed (the same story for the Pixies). You win some, you lose some. I just kind of ploughed my own furrow of loving Hüsker Dü alone. I couldn’t get hold of an actual Hüsker Dü t-shirt locally, so I made a really bad home-made one in Textiles class (see also bad handmade NIN patches made at the same time). About ten years ago I got a real Hüsker Dü shirt off of eBay, and it remains one of my most worn items. I’m feeling sad lately though as I seem to have misplaced it while moving house. I’m sure it will turn up somewhere. The only disadvantage of it however is that it makes strange men come up to you and fire Hüsker Dü trivia questions at you, like they suspect you of having bought a t-shirt of some 80s punk band you’ve never heard of because you are just so desperate to impress them. Hey guys, you ain’t that interesting. Even worse when I like to wear it with a flowery dress. This is against the rules of early 80s punk apparently and will incense them worse.

Here’s a photo of me on my 26th birthday in 2011 wearing it (and also drenched from a hailstorm- the joy of a January birthday). Yes, that is a banana fritter with a candle in it.

As a bonus, here’s a short Spotify playlist of some personal Hüsker Dü highlights. They’re just in chronological order as they appear on the albums. Metal Circus/Zen Arcade-era Hüsker Dü is probably my high-point.