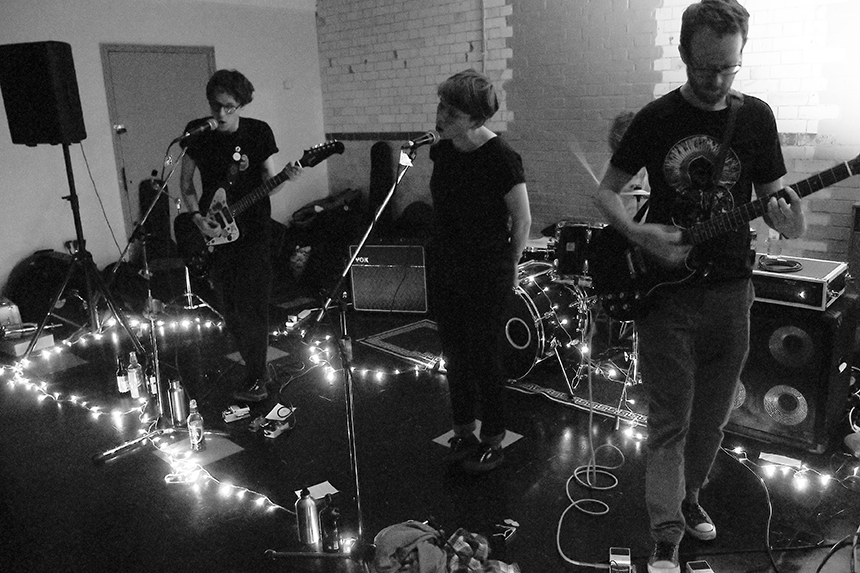 No jokes about fireman’s poles here

Some people I know put on a byo gig on Friday at the old fire station in Stoke Newington. It makes a great venue. More of these, please. The band in the photo above are Tyrannosaurus Dead. I didn’t take a lot of pictures, because it’s difficult in low light situations, and I don’t like to use flash if the ambient lighting is atmospheric.

Me & my friend Kate were intrigued by these artexed beams. The rest of the walls still had the original anaglypta/glazed bricks, it was just the beams. Why did they put it on them? How long did it take to get the stuff to stick to metal? The outside of my dad’s house is covered in this stuff. He’s thought of getting it removed a few times, because no-one likes it, but it seems such a huge job it’s never been done.

Here is the great poster by Phoebe Summers. The other bands were Kutosis, Warm Brains and Not Gospel.