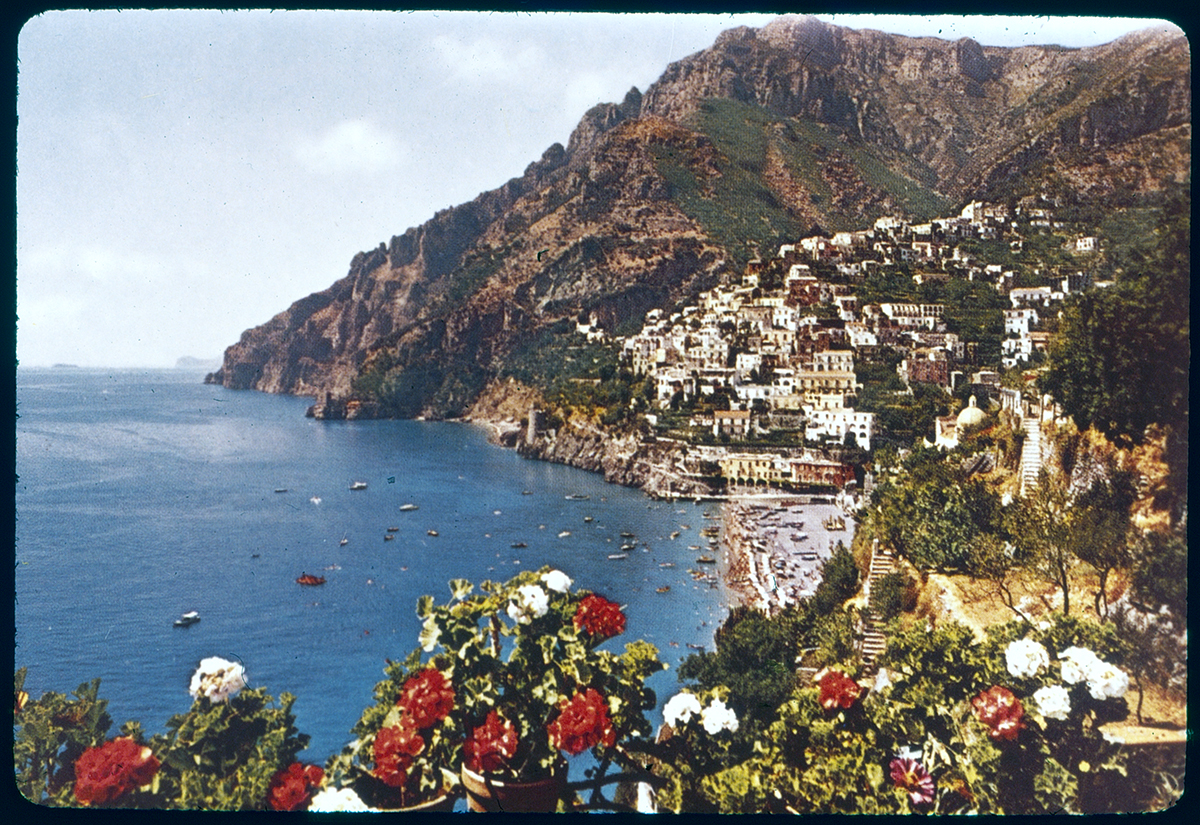 Here’s some more 60s tourism slides from my grandparents’ house (you can see others here). This time from the Amalfi Coast in southern Italy, now a UNESCO site. Again I have posted all 36 images. It looked pretty much the same when I was there about 10 years ago, minus the annoying coach party of loud Texans who kept appearing everywhere you looked and complaining there was no Taco Bell and you had to walk places. Further along the coast in Sorrento I bought a very fancy waffle-knit towel that still serves me well for travelling. The shop assistant seemed very confused that I wasn’t buying a whole matching set of them like the majority of their customers. Afraid I could only afford one small one.

The slides were in much better condition than the ones of Herculaneum, but still needed some careful colour correction. Here is an uncorrected one to show the difference. Lots of red and magenta casts and blobs of decaying green dye.

La Madonnina- the Mary shaped rock on the cliff

Torre dello Ziro. Comes up in the story of the Jacobean revenge drama, the Duchess of Malfi. My main association with the play though is when it turns up in an Agatha Christie mystery. The main character is watching the play, and gets a horrible flashback in the strangling scene that she witnessed a similar murder as a child, resulting in a mystery to solve.

The outside of the Cathedral.

Inside of the cathedral.

Crypt of Saint Andrew inside the cathedral.

Atrani from the air

Minori from the air

Maiori from the air

Amalfi from the air