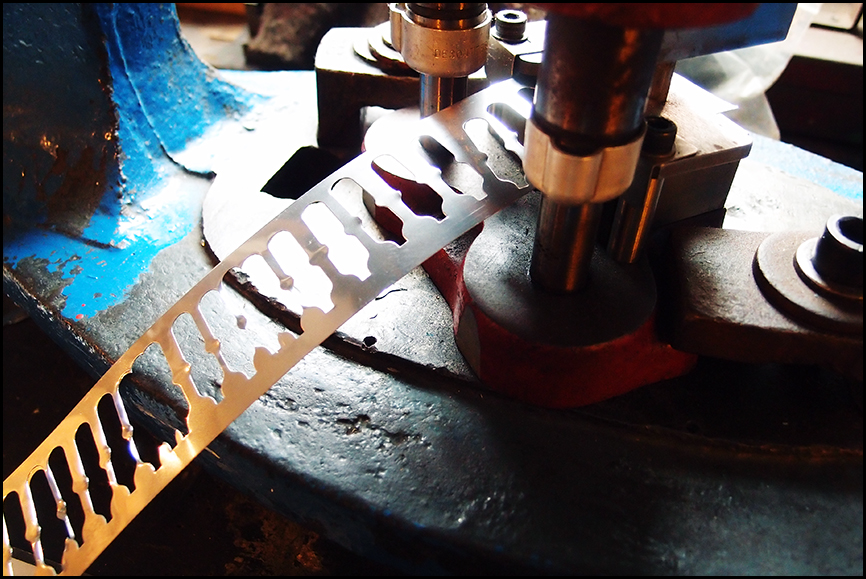 While I was in Birmingham, I visited the Pen Museum. Because I gave a small donation, one of the kind volunteers essentially gave me a personal guided tour.

In the 1800s a local manufacturer invented a method for mass-producing steel pen nibs, and at one point 75% of the world’s pens were made in Birmingham, essentially meaning that they were responsible for a large proportion of the world’s words. I got to have a go with the Victorian machines, stamping out and shaping a pen nib, a job usually done by women at the time.

Here’s the basic shape being stamped out.

Here’s my nib I made underneath, which can’t be used until it’s hardened in a furnace, so they gave me another (shinier) pre-hardened one too.

They have exhibits of all kinds of pens and writing memorabilia.

I got to have a go on a Braille machine too, typing out my name.

There’s a big table in the centre full of all kinds of pens and inks and stamps to have a go with.

I am rusty at writing with a dip pen. I have one at home for drawing with indian ink, but I haven’t used it in a while.