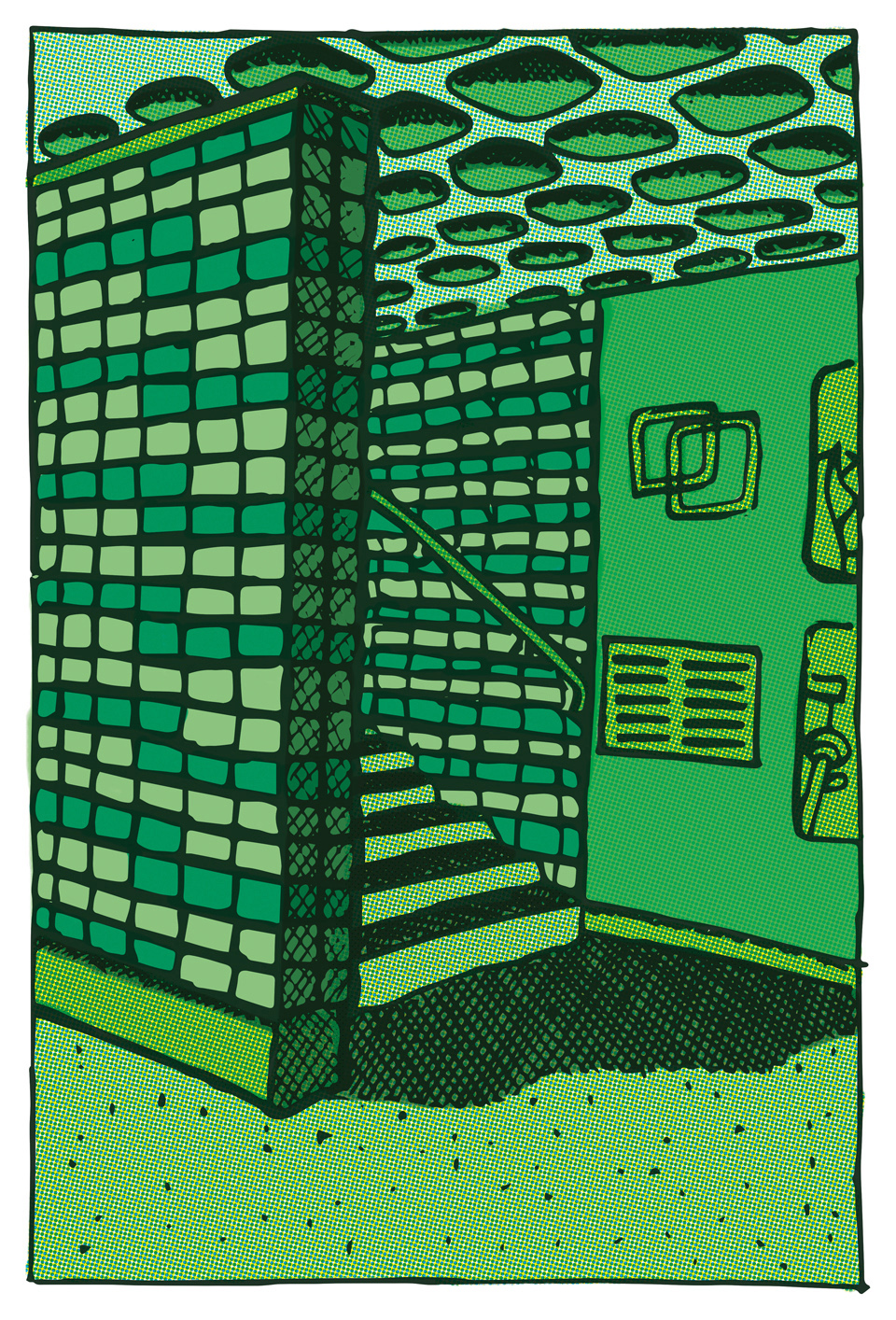 Here’s an illustration of a car park in Bracknell. Like the one I did yesterday, the original artwork was a pen and ink drawing, and the colour was added digitally. It’s available as a print in three different sizes, from £6 to £24.

(If you want to colour the picture in yourself, then the same artwork is also available in colouring book form.)

The photos it’s based on can be seen here. I took them in 2005. At the time I was studying at the University of Reading, and working part-time in a camera shop/photo lab. Every so often they would send me to cover the Bracknell branch. Bracknell is a New Town near Reading built in the 1960s, with a reputation for being bleak At the time I took the pictures, 60s Brutalist buildings were still considered ugly by many, before the reassessment that Brutalism has had in the last few years. The concrete wasn’t green in real life anyway, that’s just from the chemical process used on the film.

The shop was in a windowless 60s shopping centre, and there was no staff room, so rather than eat my lunch in a cupboard I would go and wander amongst the concrete. I haven’t been to Bracknell since 2006 or so, so I have no idea if it’s the same or different nowadays- I know that the mirrored 3M building in my photos has been demolished for sure. In 2005 the centre of Bracknell felt completely dead, it would be interesting to see if that’s still the case now.