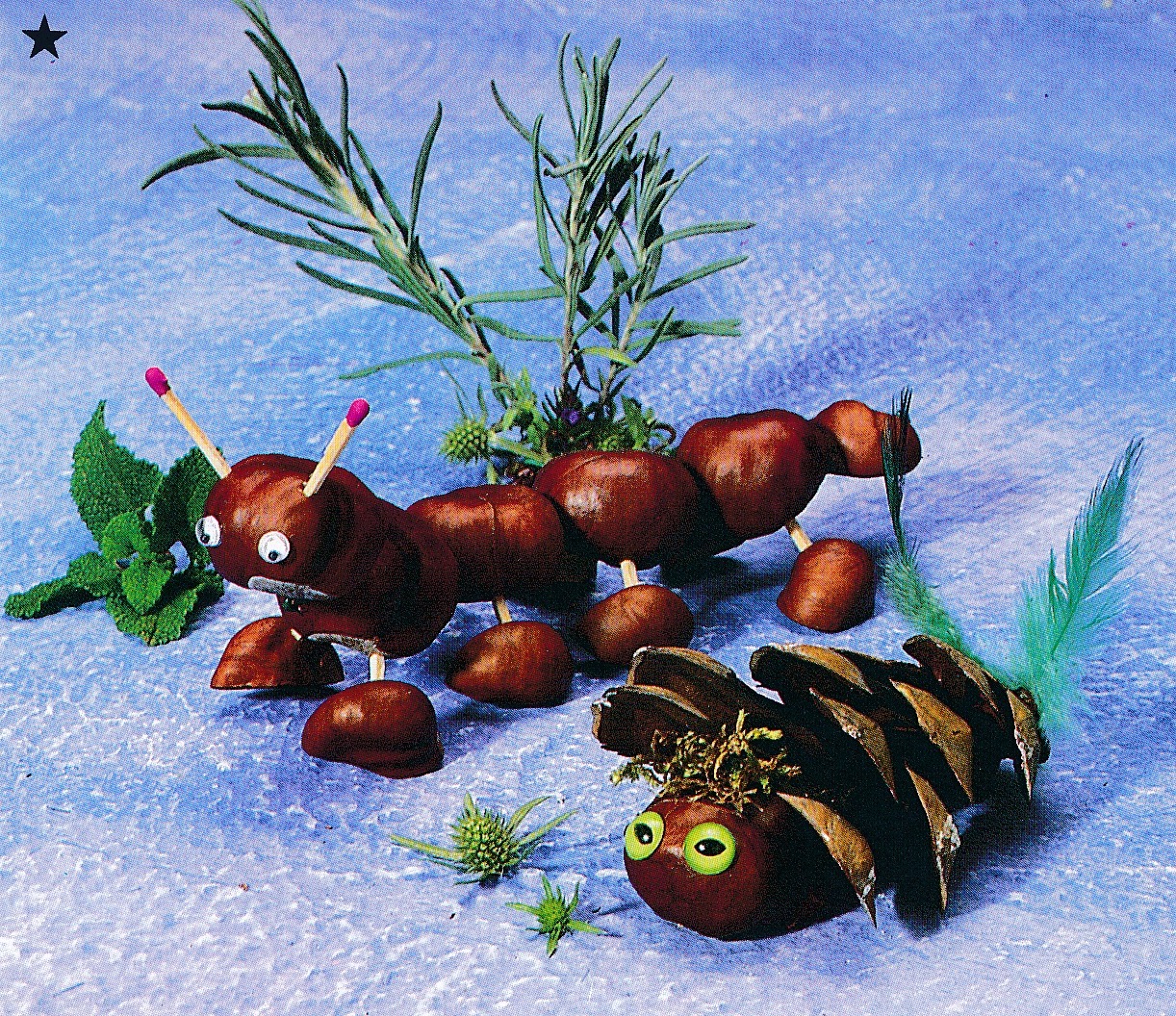 I got this craft book for kids from a charity shop in Austria earlier this year. Austria doesn’t have the same volume of charity shops as the UK, but when you do find one they’re usually really good, especially in small towns, where vintage isn’t really a big thing.

I’ve translated the cheesy captions under each picture, but left the instructions. The captions are incredibly cheesy with an air of “aren’t we having fun children?” and I’m not quite sure I’ve fully captured in the English version how cringey most of them are.

“Paper animals: why not deck them out with feathers, wool and tissue paper?”

“A kind of tree made from simple boxes- it’s great what you can collect in it”
“Found objects to hold on to”
“A jumble of nature’s treasure, kept safe like a museum”

Towers from around the world. The gatehouse is also a tower in German, ok?

“Cress village”- the houses are made out of clay

The balloons are painted with glass paint. They clearly didn’t enjoy the experience.

“Off to the witches’ party!”

“What fun! First you make it, then you feast on it. The magnificent knight’s castle is the show-stopper”

“Wiggly wooden animals”
“These animals move a lot, whether it’s the antlers, arms, claws, wings or ears, you only need to pull on the string to set everything off”

“Knit yourself a seal! Even inexperienced knitters can have a go at making these cute little animals. If you’ve never knitted before, now’s the time to try. With some colourful wool and a little patience and assistance your first seal will soon be ready. Think about it: The bigger its family, the happier each seal will feel”
(Yes it’s a sea dog in German)

“Above a so-called Mandarin Duck, underneath a hummingbird from a bantam egg. Both with lots of glitter!”
A bantam turns out to be called a “dwarf chicken” in German.

I often get given these chocolate ladybirds as gifts when working at schools in Austria and Germany- they’re pretty good.

These are a gift for small children starting school in Germany and Austria. The cone is filled with sweets and useful things like pencils.

Conkers are clearly not a valuable child currency in Germany. A millipede is a “thousand footer” in German. Guess what a centipede is called.