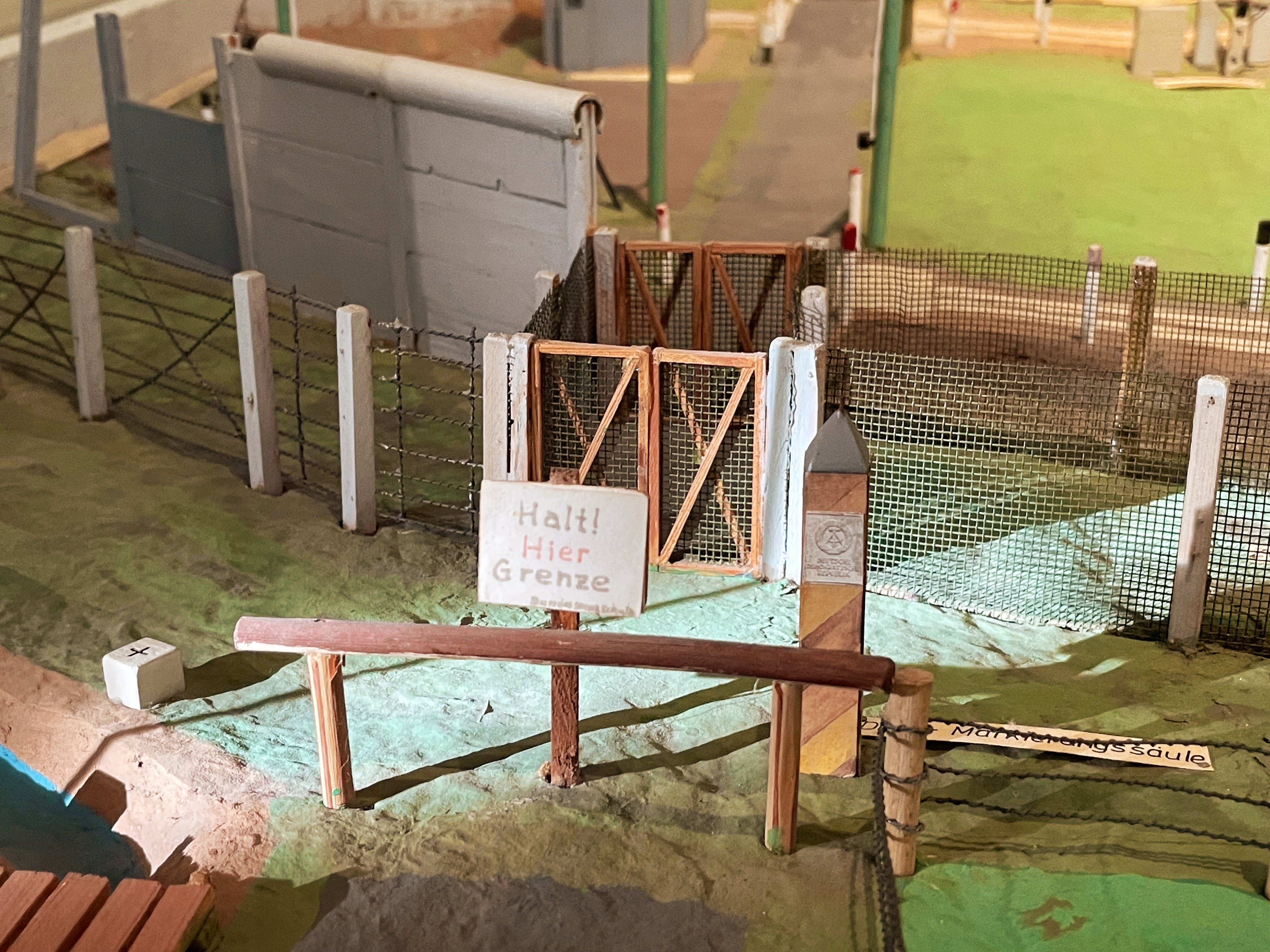 Until the Berlin Wall came down in 1989, Helmstedt was Checkpoint Alpha, the only place where civilians could drive between East and West Germany, making it a hotbed of smuggling and espionage. Now it’s a quiet market town in northern Germany, with a free museum about the border crossing.

The western side just had some signs and a barrier, the eastern side had full on guard towers, pits, dogs and searchlights. Apparently they were constantly catching Wessis trying to smuggle bags of cheap jeans into East Germany to sell for a huge markup.

ID card from the immediate post-war period when it was the border between the UK and Soviet occupied zones of Germany. When the DDR and BRD were established, the western government subsidised people to continue living in the border zone to keep it populated, and the DDR government took the opposite approach, clearing out whole villages so that people wouldn’t go getting ideas. However they kept digging out the coal- the dirty brown coal from the area is what powered East Germany and created their huge air pollution and acid rain problem.

Propoganda efforts, fired by rocket by each side. The East Germans sent attractive glossy leaflets about how life was better in the DDR…

The West Germans sent books deliberately designed to look like compilations of boring political speeches and committee hearings that wouldn’t get you in trouble, and then filled the insides with the worst dirt about Honecker etc they could dig up.

Typical shoddy DDR electronics on the launcher. I’ve got this book of East German product design. I don’t recommend the tampons.