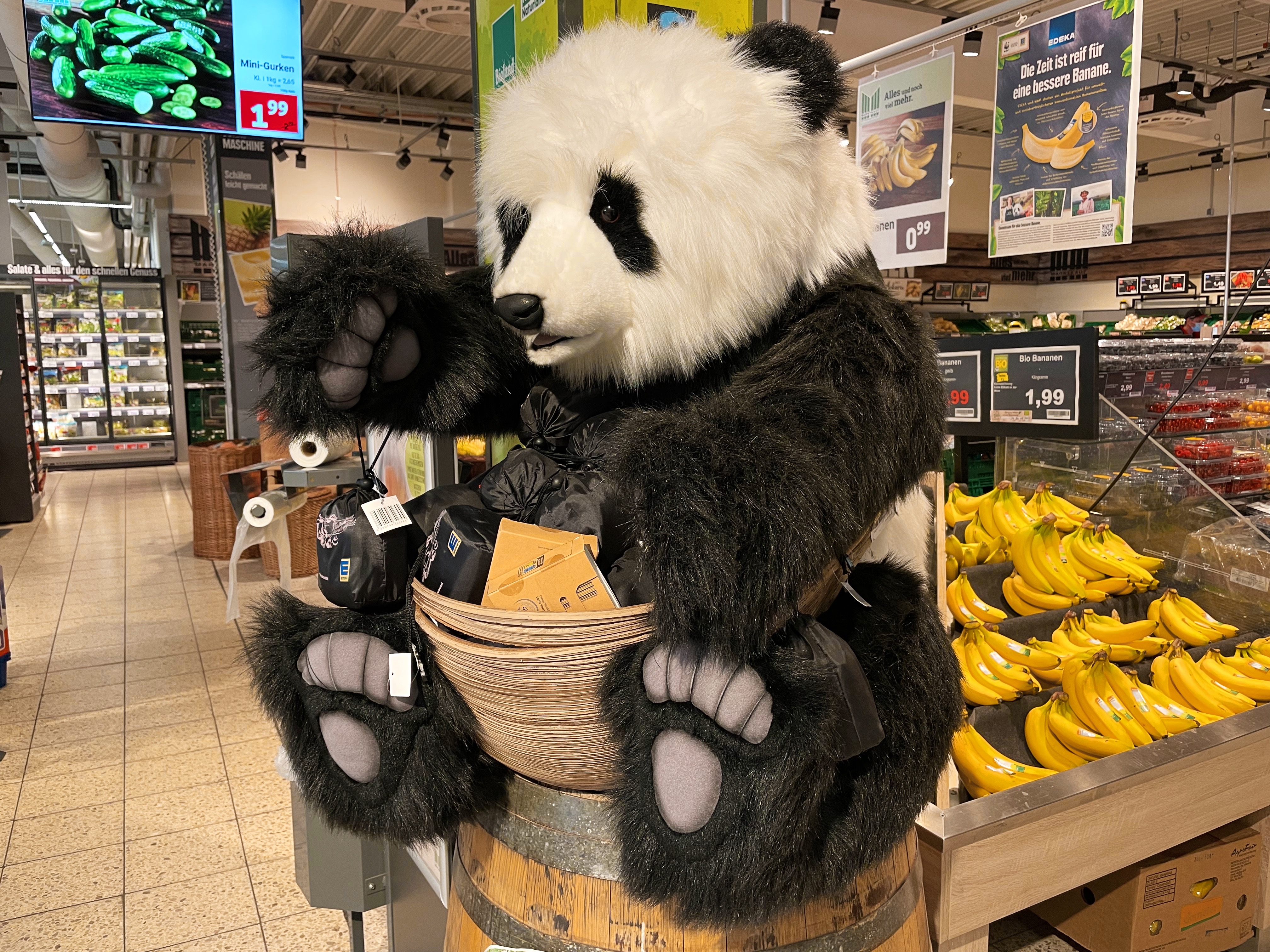 Austrian supermarkets sell mostly the same range of predictable mid-tier products. You know where you are with a Billa anywhere in the country. German supermarkets however are wild. €500 euro bottle of whiskey next to a deeply suspicious vat of €1 discount ham? With some washing machines just stacked up in the corner? No problem. They’ve got it all.

I particularly like the products that haven’t changed their packaging design since the 70s.

How much can one banana cost, Michael?

There’s also often a lot of themed decoration going on. He surveys his domain of condiments.

Yes that is a knitted pig on the butcher’s counter.

Germany produces an incredible array of really awful pre-packaged shots. The market leader, Party Klopfer, brands itself as “Germany’s loudest party drink”. No promises as to the taste or quality there, note.

Feigling has a cool label, but tastes like absolute shit.

All of these drinks are the same flavour- orange cola. Schwip-Schwap wins on name stakes by a long way, but Spezi is the one that tastes the best.

Northern Germany loves salmiak. And so do I.

A million kinds of Haribo, as is constitutionally required.

Argenta is an East German chocolate company that is still going. And still making these weird marshmellows.

There was also this pick and mix perfumed wax section. They didn’t sell any of the stuff you might need to use them like a wax burner, or tealights though.

And also Munich souvenirs as an Oktoberfest special. Munich is 500 miles away from there.

You also know you’re in northern Germany when they have Ottifanten branded everything.