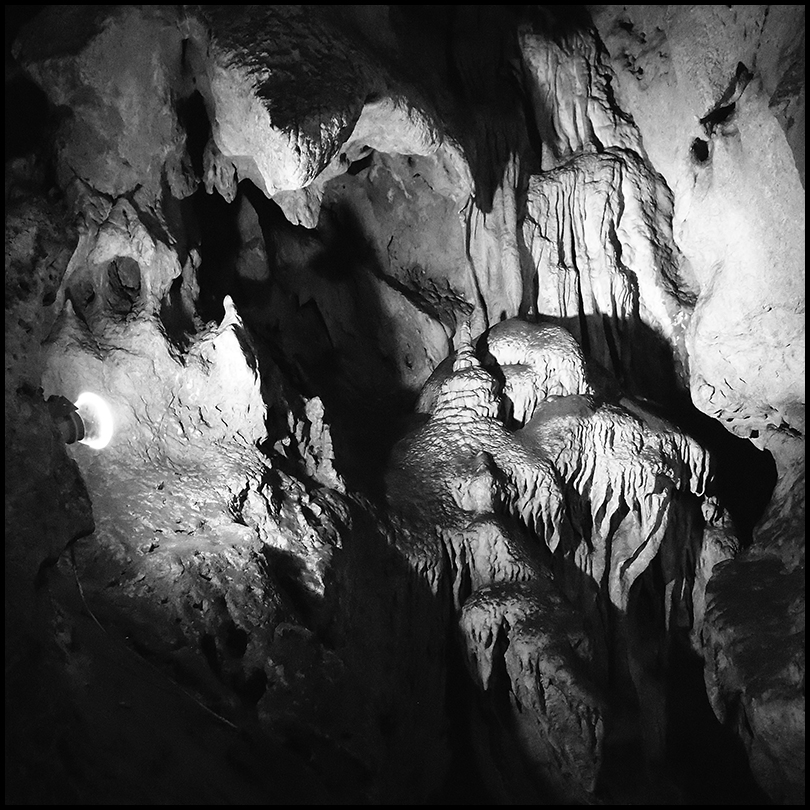 While in Kirchberg am Wechsel I also got to go on a tour of Hermannshöhle with another teacher. It’s a series of caves inside one of the mountains, with lots of stalactites and a bat colony. Usually the tours are at set times and only in German, but we got a private tour in English, which was really nice.

Bat guano is some strong-smelling stuff. The owner of the cave went to great lengths to debunk various negative ideas about bats in the tour, and he seemed pretty pleased that we already liked bats.

The owner was particularly pleased with this rock formation that looks like a turtle.The exit for the caves turned out to be halfway up the mountain (the entrance was at the foot). We then had to scramble down steep dirt paths with no fencing and a sheer fall down the mountain. It’s probably nothing to the locals or people with proper hiking equipment, but we weren’t expecting it, and it was a little terrifying.