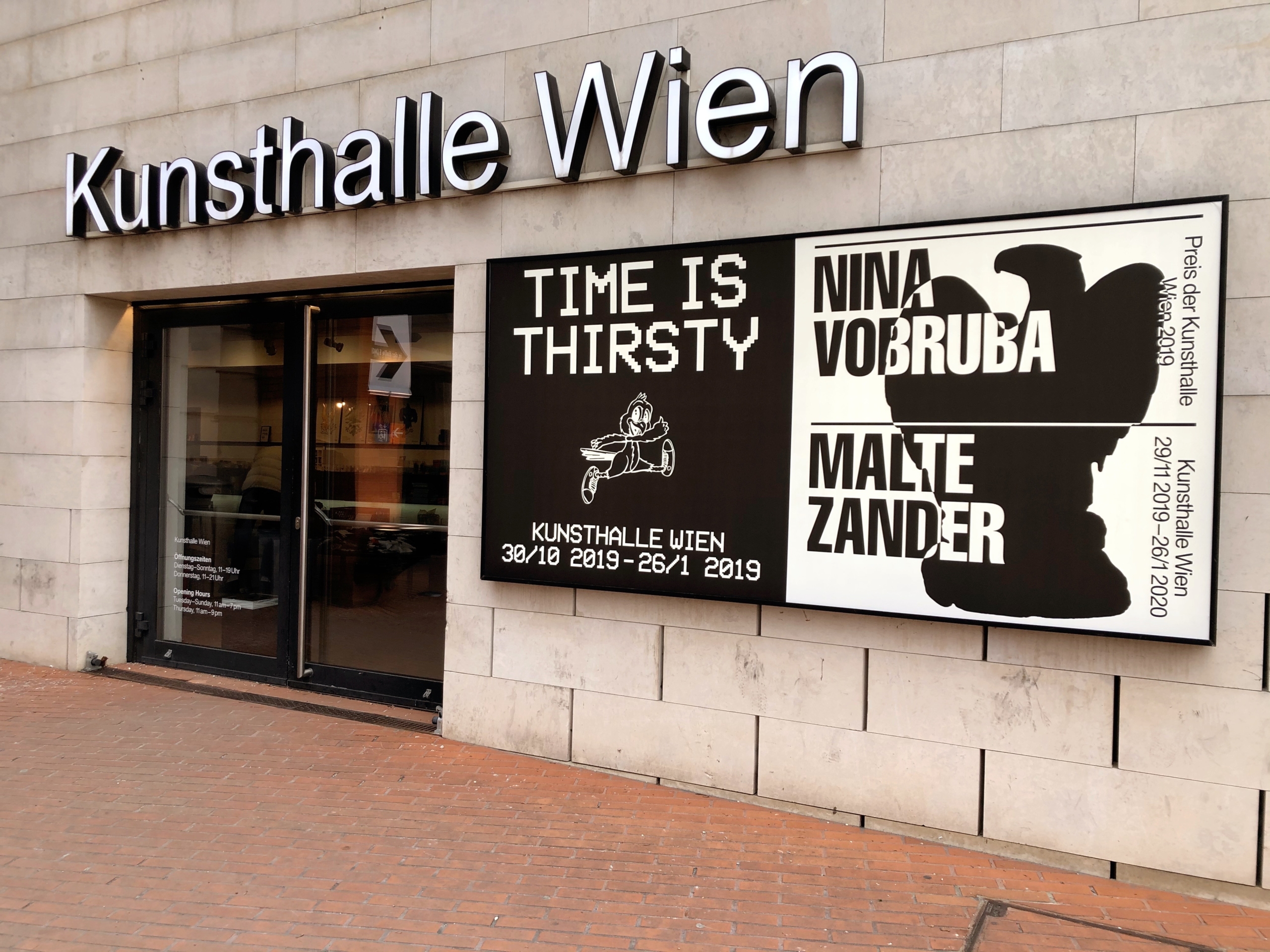 The Kunsthalle Wien holds temporary exhibitions- I caught the last day of this show. It definitely isn’t the best thing I’ve seen there- I’ve previously been to blockbuster Basquiat, Haring and Švankmajer shows there, but it was included in the Combi-ticket I bought for the other museums, so I made sure to see it.

This show was about a disused army base in rural Austria that has been turned into an artist’s community. The items and materials taken away from the base to de-militarise it were re-assembled into the exhibition in the art museum.

Digging up the tarmac and stamping on it.

The remains of the asphalt.

This exhibition was based on the year 1992, the year the hall was built. Despite the well-known names I thought it was a real let-down.

I did however like this large expanse of greasy glittery substance that smeared across the floor when people walked on it.

I also ended up with a hanky, pencils, notebook and assorted posters for €3 from the museum bargain bin.