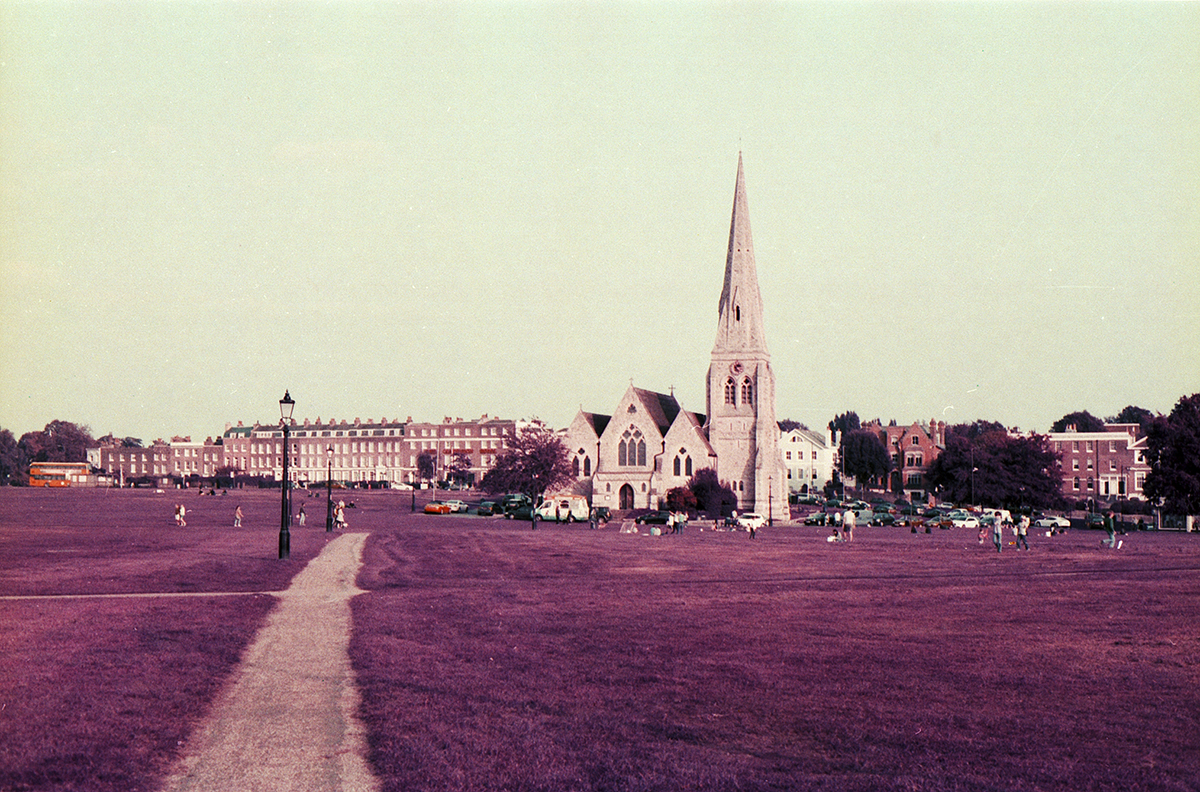 Shortly before I left London a couple of years ago I got a roll of the Lomochrome Purple film, a new formula designed to mimic the surreal colour infrared film you used to be able to buy. The real deal is no longer manufactured, and needed a special lens filter, but gave you surreal candy coloured trees and grass. Out of date rolls from the bottom of people’s freezers cost a small fortune on eBay, and have no guaranteed result after all those years. I tried out the new Lomo film on a wander around Blackheath in SE London, and got the negatives developed, but then my film scanner broke. I got a new one a little while ago, so it was time to scan it.

I used Silverfast scanning software rather than the built in scanner software, and it makes a huge difference with colours. If you ever scan colour negatives, and especially any kind of cross-processed or experimental colour, then I recommend spending the €49. The software is in no way user-friendly, but once you get used to it, you will get far better film scan results than you would otherwise.

I would say the good shots came out really great, and the dud ones were unusable. The film claims to be 400 ASA but is way, way slower, and only useful in full sunlight or with flash. It’s also quite grainy. It’s at its best with vegetation in the shot as well.

This is my favourite of the photos I ended up with. I’ve put prints up for sale in the shop.

I thought sunset over the Thames would be a surefire winner with this film, but this was the only usable shot, and it’s still very grainy and needed a lot of lightening and lifting in Photoshop to bring out the detail. Best to stick to bright daylight.

Daytime shots have a real Scarfolk look to them.

I actually have no idea where this place is. It just appeared as one photo on this film.

I would overexpose the film by at least one stop in future use. Photos that were exposed at the recommended rate were very dark and needed a lot of lifting in Photoshop. With a longer exposure I could have got a stronger, richer purple in the houses. I’m keen to get another roll of the film for future experiments.