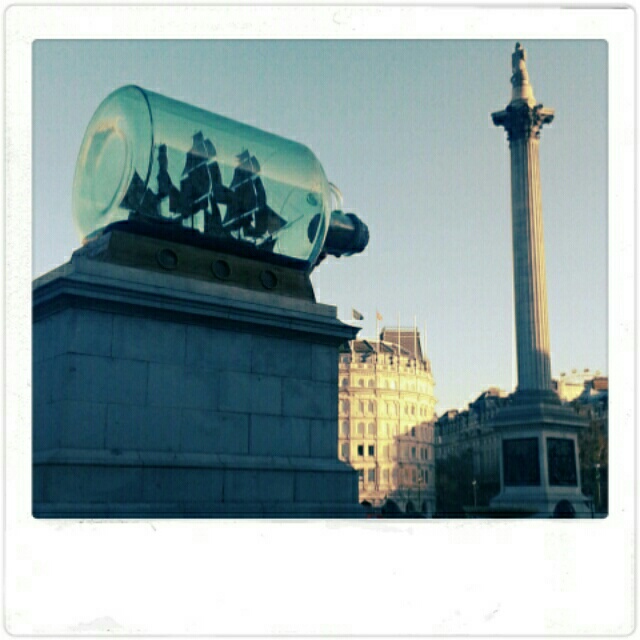 London, you get to keep me (for a while)

For the past few months I’ve been weighing up whether to stay in London or to leave. I’ve lived here since 2011. In that time I’ve been a part-time postgrad (and finished the course), done an interesting but mostly not well-paid assortment of jobs, and lived in an assortment of sublets and property guardianships. Since the end of 2013 I’ve lived in a property guardianship that’s unusually cheap, but not at all homely, but far too cheap to give up needlessly.

My family originally come from London, but I wasn’t born here, and no-one in my family lives here any more. I’ve lived the majority of my life in Southern England, within easy reach of London, but outside the city itself, in places with their own identities. So London isn’t exciting and novel, but neither am I deeply rooted here. The past 18 months I’ve been living in an area which is cheap, but is on the periphery of the city, doesn’t have very good transport links, isn’t at all near the other cheap, peripheral areas where my friends live and has very little to interest me within walking distance, and I just don’t feel attached to it at all. Since January I’ve been covering a maternity leave position which ends in the summer, and pays better than the work I was doing before, enabling me to save some emergency money.

I saw a university course which interested me, to train to be a design teacher, which also came with funding, so I applied for that. The application, admissions and interview process were painfully slow though, taking a couple of months and keeping me in limbo for quite a while. I couldn’t plan anything until I had a firm answer from the university. If I didn’t get in, would I stay in London, get a different job and move to an area I liked more, or leave the city and go somewhere else?

I weighed up the pros and cons quite a lot. I have some really good friends in London and some great things I’m involved in (like DIY Space for London) and there are endless possibilities for things and opportunities (cue Johnson quote). However the cost of living is painful, the city is in the grip of a terrible housing crisis where unregulated landlords can squeeze every last penny out of their tenants, and it’s generally quite a pressured place to live (although I hear not as bad as New York from people who have lived in both). Whenever I visit friends who live in other regions, I envy their living space and quality of life, available at reasonable prices. I have friends scattered around the country, I seem to become friends with people who move a lot, but who are also good at keeping in touch. I wasn’t really sure about where to move though, there being lots of possible interesting places I had small ties to, but no big reason to move anywhere in particular.

Anyway, in the end the university offered me a place, so in September I will be starting teacher training, and I didn’t have to make any decisions this year (what I do once I’ve finished the course next summer remains to be seen). I finish work at the start of July. I need to move house by the end of August to somewhere I like more. Maybe I’ll do some summer teaching, go on holiday somewhere before I have an intense year of training. Who knows yet, at least I have a plan now.