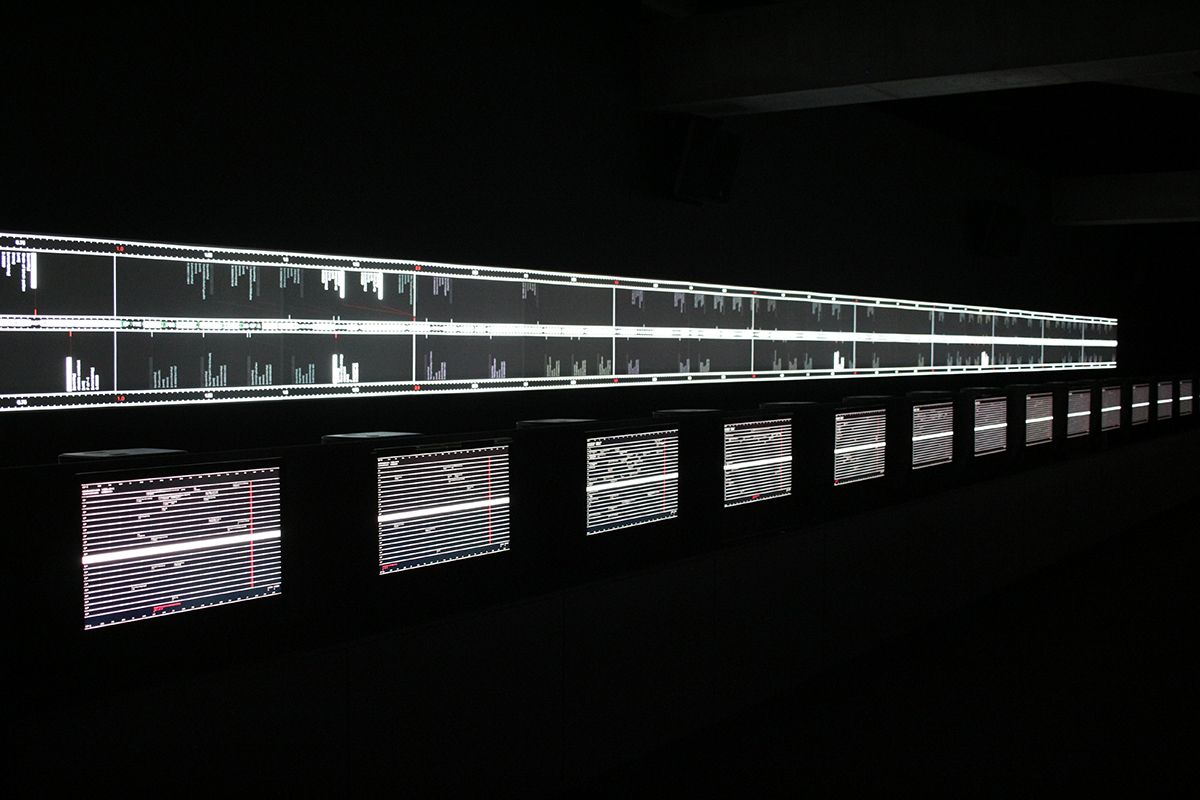 MONA was one of my main reasons for visiting Tasmania. It’s basically in an underground bunker like a Bond villain’s lair, and requires a boat ride to get to. The owner David Walsh, is the richest man in Tasmania and a very strange character in his own right- he grew up in a rough area of Hobart, and made his fortune by using maths to outsmart the gambling industry, and then spent it on this museum. He’s simultaneously “mathematical genius” and “13 year old edgelord”. The museum has a phone app that gives you information about each piece when you get near it (using your own phone or a borrowed museum handset), and saves what pieces you saw, which made it easier to name the artists when putting these photos together.

Spectrum Chamber by Charles Ross. You get a view of the spectacular scenery with prism refractions over the walls.

Most of the museum is in an underground bunker, and deliberately avoids the white cube gallery style, insteading being a more Bladerunner style subterranean labyrinth. Here’s Fat Car by Erwin Wurm. He’s one of my favourite sculptors, but this isn’t my favourite by him- I prefer his weird melted people instead.

The most famous exhibit in the museum- Cloaca Professional by Wim Delvoye. It does a shit once a day at 2pm that you can come and watch.

Taxidermy exhibit by Tessa Farmer. I overheard the most extremely Australian conversation while standing here- “Mummy, is that an echidna?” “no, it’s a hedgehog, we don’t have those here”

No white walls or shushing here.

This part of the building was labelled The Void. It reminds me of the Valley of the Kings and the passages into the tombs.

They obviously had the same idea about Ancient Egypt because there was a mummy in the next room. The Ancient Egyptian’s name is Pausiris. There was also an exhibit of holograms about the mummy, but they didn’t photograph well.

Again, getting away from the white cube effect, this room had black walls and lots of different paintings. However the app seems to have lost the details of this room two years later, so I don’t know who they’re by.

This was my favourite thing- supersymmetry by Ryoji Ikeda – conceived on a residency at CERN, a kind of nuclear disaster on a space station control centre with a relay of lights and drone noises and power-outs.

A swimming pool sized tray of Yves Klein blue pigment. There was an attendant there to make sure people didn’t play with it. It was very tempting.

Beside Myself by James Turrell. They also had an attendant here to make sure people didn’t fall off the walkway into the trough that helps create the visual illusion.

Restaurant entrance with Unseen Seen by James Turrell. I had planned to eat at the restaurant as a big treat, but it was a huge disappointment. They really had nothing for me as a vegetarian. It was all extremely expensive meat and meat-heavy tasting menus. It was a £20 salad for me or nothing. I passed.

Sternenfall by Anselm Kiefer. The decaying books are made of thin sheets of lead.