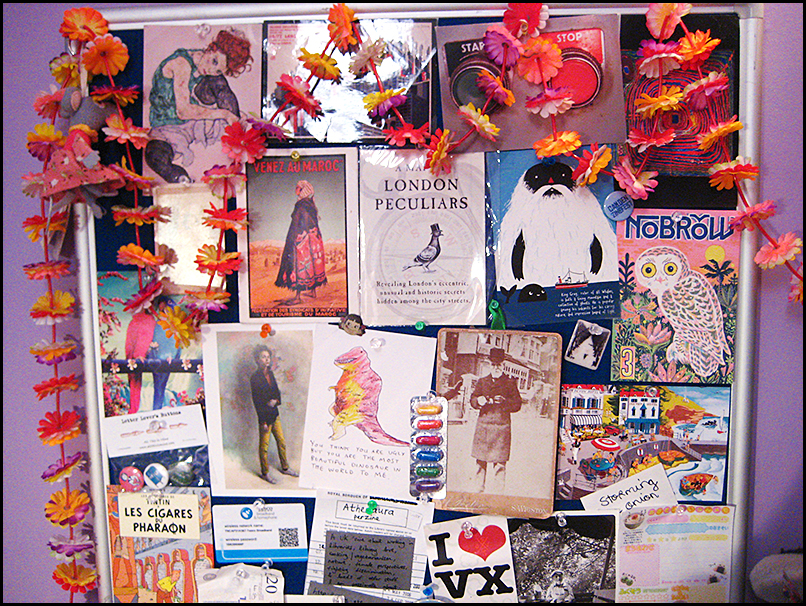 Spending Friday night scanning as much film as I can bear, sorting through unscanned film photos / un-prepped digital photos and listening to Grandaddy. I’d rather be out, but I’m not, so I might as well do this. Three weeks feels like three years, and I’ll be glad to have a job again. I bought the film scanner in 2007, and it has probably paid for itself 10 times over by now. Usually the tea goes on the left, but it gets in the way of the scanner. I have a whole set of the penguin mugs, they are the best mugs.

Here’s the current stuff on the noticeboard for the nosy.