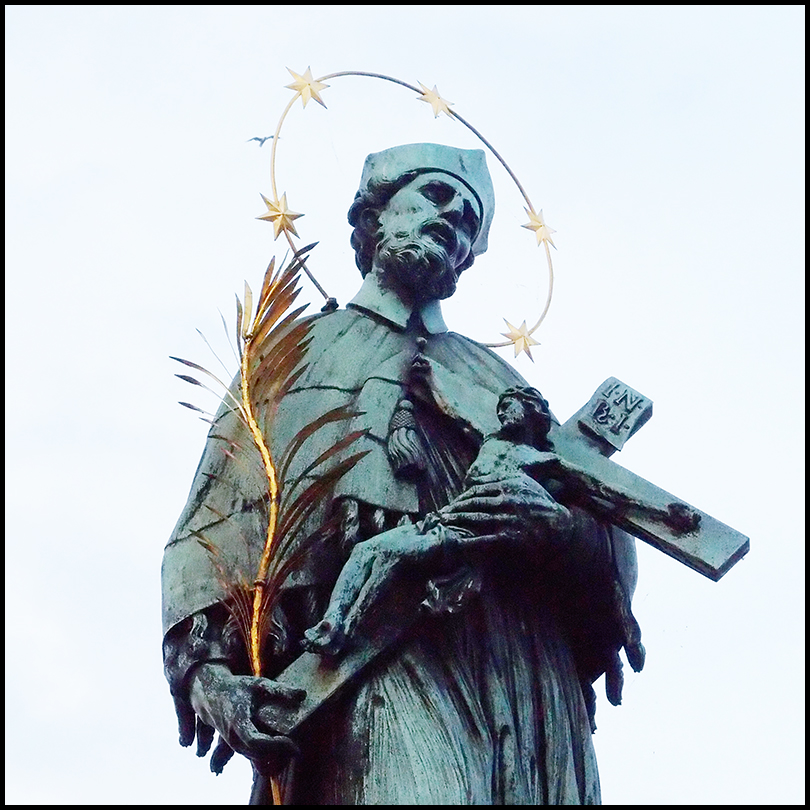 After a week in Dresden at the end of August, I went to Prague for the weekend with my work colleague Hazel. We both had to go to Vienna en route to our next assignment, so it made sense to fit in a quick trip to Prague on the way.

We had a peaceful train trip there. The train went through the spectacular Saxon Switzerland (which isn’t actually in Switzerland, it’s in Saxony, but looks a bit like Switzerland). Czech trains have old-fashioned compartments. We shared ours with a nice old couple from Leipzig, who were going on holiday to Prague.

Things didn’t go so smoothly when we got to Prague. We spend ages sweatily chasing round with heavy packs, trying to find the hotel. It turned out that the directions the hotel website had given were incredibly unhelpful, and even when we’d finally found the street, we couldn’t actually find the building. It also turns out that they do double building numbering in the Czech Republic, like Italy, but with an even more complicated system. The hotel turned out to be nice, clean, cheap and centrally located, which was what we wanted though.

It also turned out to be run by the Lutheran church, with pictures of Jesus everywhere, but as they weren’t intent on making us pray or anything, we didn’t really care much. After having successfully not murdered each other up to that point, we had a quick wash, and did as much sight-seeing as possible.We pretty much saw all the famous sights of the Old Town. I don’t have many pictures of them, like the Charles Bridge and so on, because we were there at the height of the tourist season, and everywhere was packed with tour groups. I’d like to go back in the winter if I could, to spend a bit longer, and see more of the city, and at a time when it’s less crowded. Prague seems like a very creative city, there’s lots of colourful art everywhere you look, but also a lot of tacky tourist trap stuff, which probably increases in volume at the peak of the tourist season.

Talking of tacky tourist traps, we went to see a black light theatre show. It’s a typical Czech thing, with puppets and actors in bright colours against a black curtain, and lit with UV light. We walked past a theatre advertising a show called “Aspects of Alice”, which sounded appealing, bringing to mind Švankmajer’s Alice in Wonderland film. Tickets weren’t particularly cheap, but it seemed like a unique experience.

It really wasn’t that great though. It really had very little connection with Alice, there was lots of padding material and it dragged, and really wasn’t that magical. If it had been a 30-40 minute show and a bit cheaper, it would have been fun. We left at the interval, because we were bored and tired from travelling, and feeling a bit ripped off. There are lots of bad reviews on the internet. Apparently the cast start stripping in the second half though, which is interesting . .  I guess it pays to research what show to go to. I’m sure there are some really good shows in the genre.