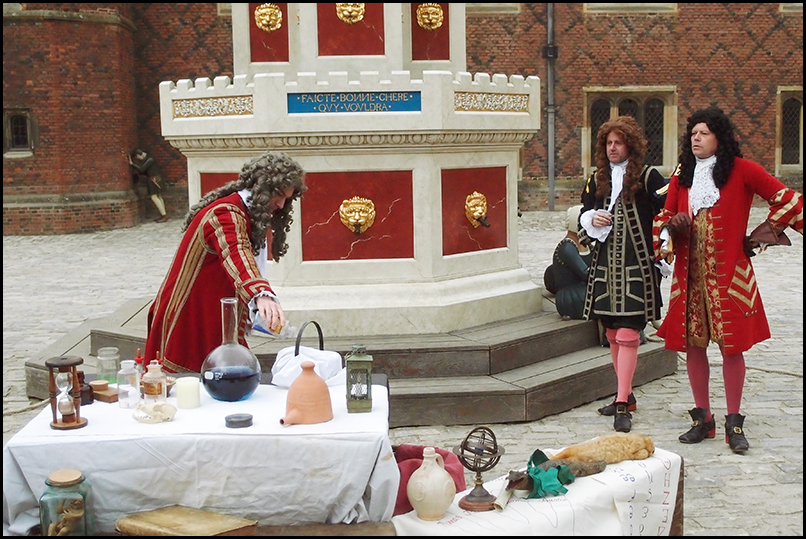 In the days when I worked at Hampton Court I got to go to quite a few of their special events. They had a roster of actors who could portray the various monarchs who had lived at the palace (and two Henry VIIIs) and would do special days with re-enactments based on various time periods or themes. On one of the days they had a day based on science in the time of Charles II. I found some photos when I was tidying up the computer the other day.

They had an alchemy show with Charles II in (the dark haired man).

The show included a satisfying number of explosions.

I also met a leech-breeder, who gave a talk about past and current uses of leeches in medicine. I declined to have a go holding a leech.