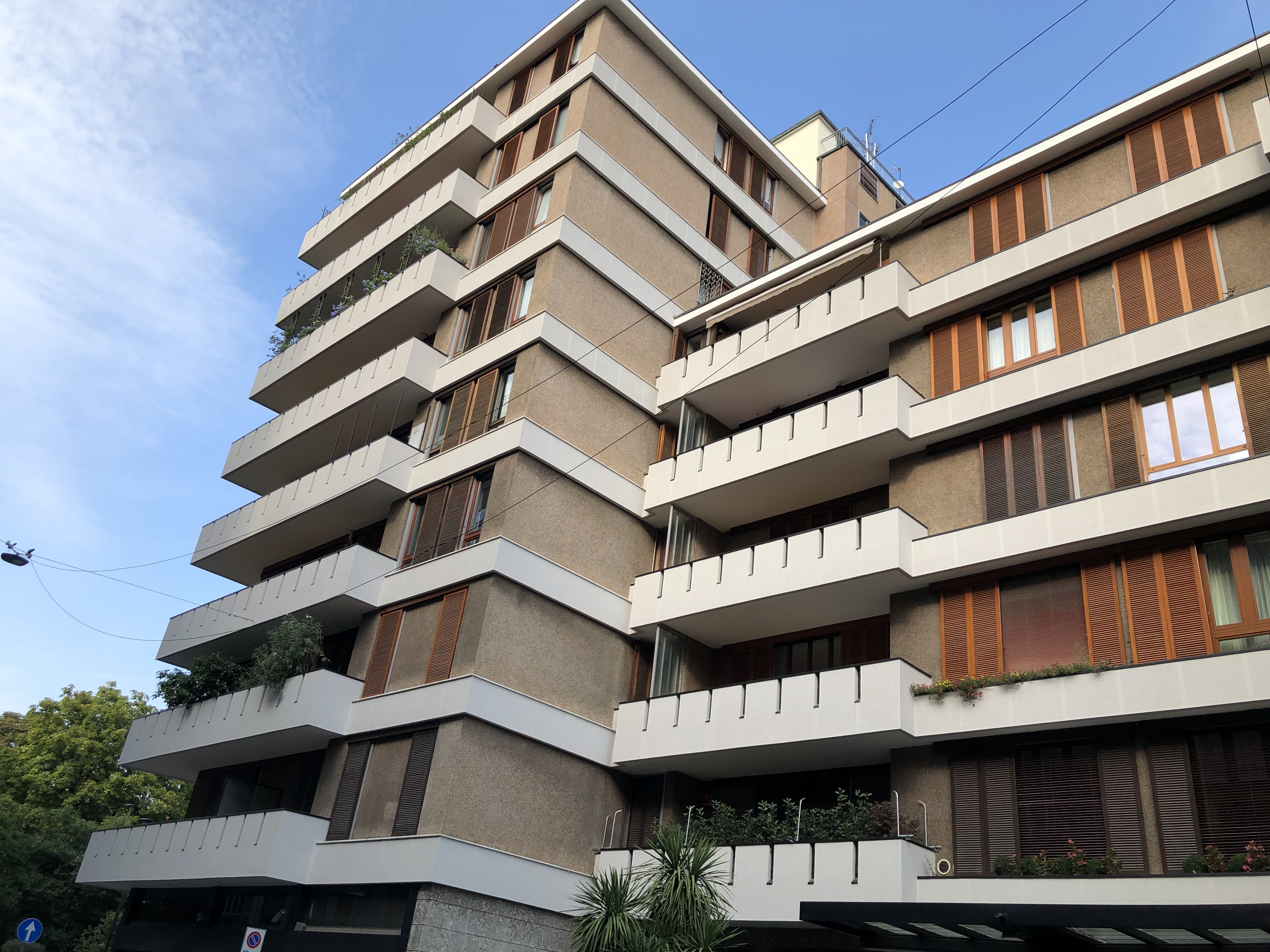 When you say to people “I’m going to Italy for work” they think you’re going to go to some sun-kissed medieval tourist spot to live la bella vita, when the reality is often more like San Donato Milanese.

San Donato is a post-war suburb of Milan built to house staff for Olivetti and ENI, the national oil company. Do you like bike paths and mid-century blocks of flats, and don’t mind the lack of cobbles or picturesque medieval churches? Then you’ve found your spot in the Milton Keynes of Italy.

It’s however pretty easy to get into the city on the metro.

And the trains have a pleasing colour scheme.

Do you like corporate headquarters? San Donato could be the place for you.

This was on Via Gramsci. You can tell exactly when this area was built.

A lot of the streets were planned as a garden city, with areas of greenery and cycle paths separating the housing from the streets. It’s a pleasant, convenient place with good schools that is extremely dull.

Some of the buildings have really nice details though.

Italian schools however do start brutally early, and I often left the accommodation before sunrise (not helped by the fact I was staying much further away from the school than promised).