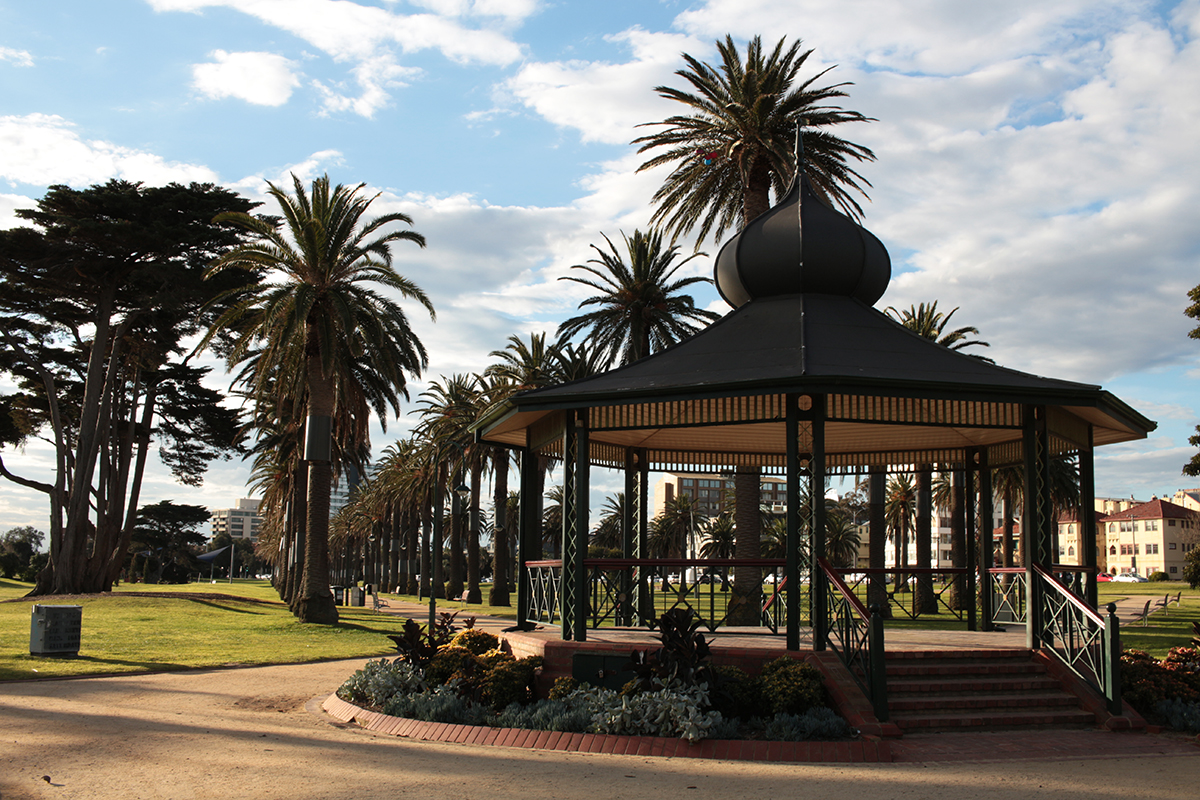 Here’s a few photos from St Kilda in Melbourne. It’s a fancy coastal suburb of Melbourne filled with interwar bungalows, with a pier and esplanade. In the 1960s it was run down and where all the hippies lived, but is now back to being fancy. I went there because there are wild penguins living on the pier and I hoped to see some. Unfortunately I didn’t manage to spot any that day.

The beach is fine, but there are obviously much better ones in Australia (and I live right by a much much nicer one in England). It was also around 15c when I was there- pleasant temperatures for me, cold for Australians.

I remember an old Australian housemate saying one of the things about coming to Europe that struck her was how different all the trees and birds were. Lots of eucalyptus and palm type trees in Australia, even in temperate places like Melbourne.

View of Central Melbourne from the pier.

Luna Park! There’s another one in Sydney too. It was closed for repairs the day I was there. Great entrance though.