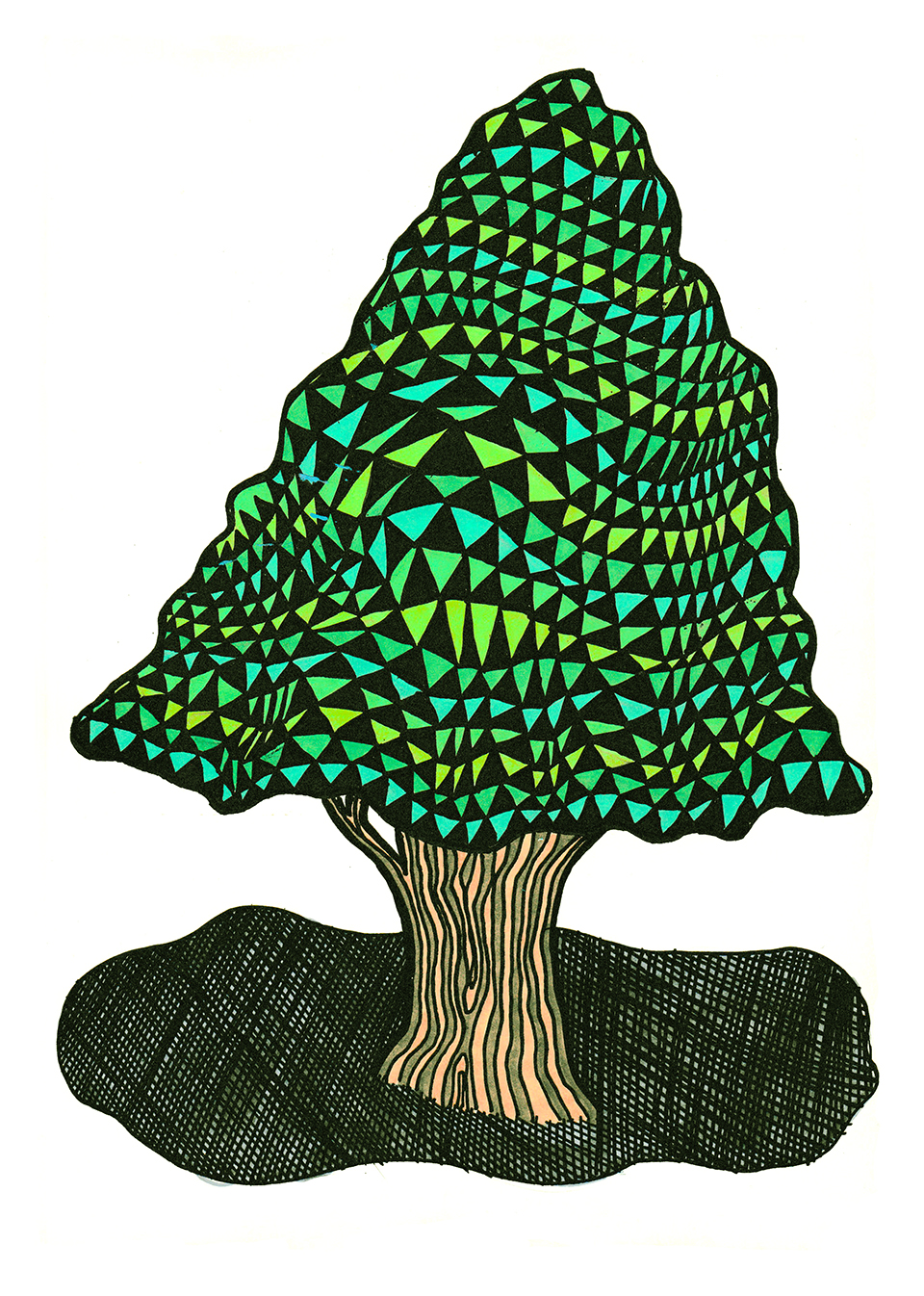 I used to work at Hampton Court. This is a marker drawing of some of the trees in the gardens there. I earnt a pittance, worked every single weekend for six months, and wore a terrible polyester uniform. I got very used to being surrounded by incredible splendour though, and spent quite a lot of happy hours minding the maze, sitting in a shed reading long Russian books, listening to whatever mellow music wouldn’t annoy tourists (lots of Elliot Smith, Fleetwood Mac, Tortoise and Grandaddy), and making up lies about the maze to tourists. (I wrote about being in charge of the maze in issue 22 of my zine). I also used to get a good amount of free glasses of Pimms too from jugs that were left over from the outside bar.

Getting menial jobs like that in museums is fiercely competitive, and I gave up on ever earning more than minimum wage in the field- I’m still planning to write about that. Still I had a nice summer being in charge of a maze.