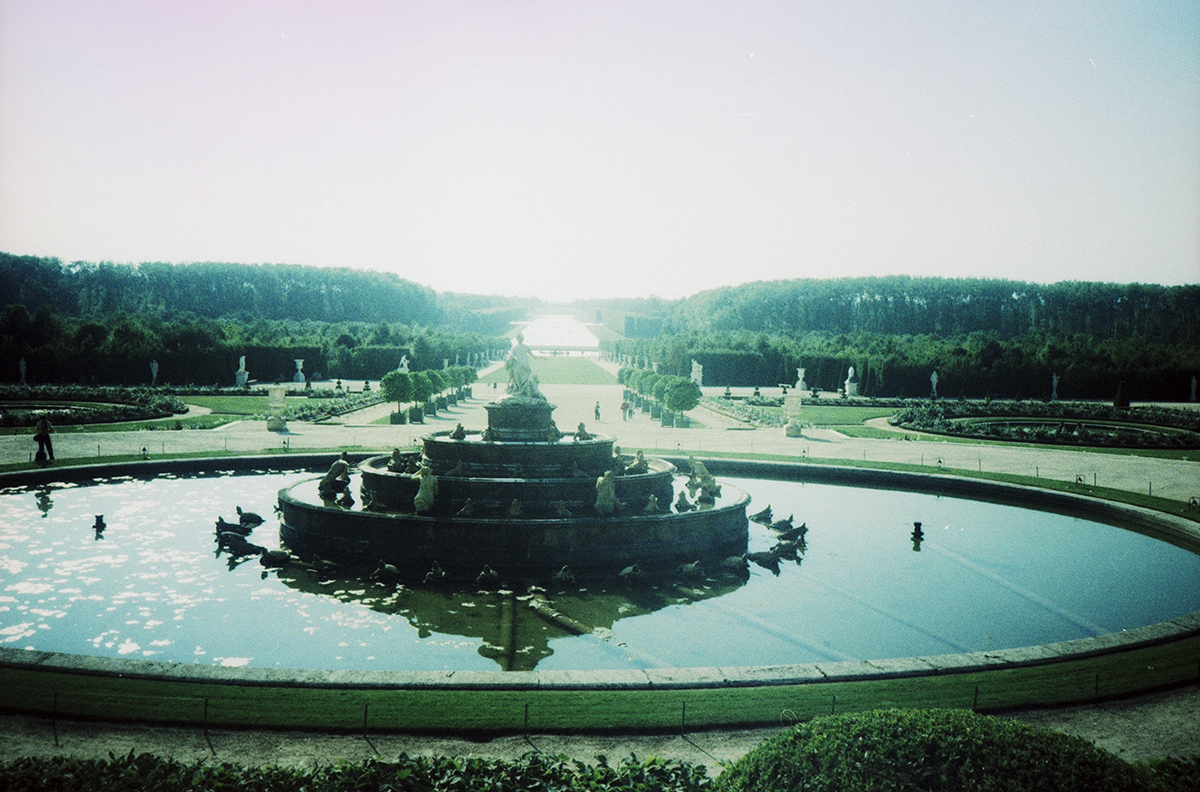 I’ve recently scanned around 60 old rolls of film, which I’ll gradually post. These are some photos of the palace of Versailles taken on some extremely expired slide film. At the time I worked in a photo lab, and ended up with a huge bag of all the expired film from the shop for about £20, and also got free development as a perk. Half-melted and degraded Kodak slide film + Olympus XA2 camera, cross-processed as C41.

Forbidden lawns. I used to work at Hampton Court. One of my tasks was yelling at rowdy French school kids, and pelouse and haie (hedge) were vocab words that came up surprisingly often. Seeing as haie and est (is) are both basically pronounced “eh”, and et (and) is a slightly different tenser “eh” it sounded pretty incoherent to some of my co-workers.