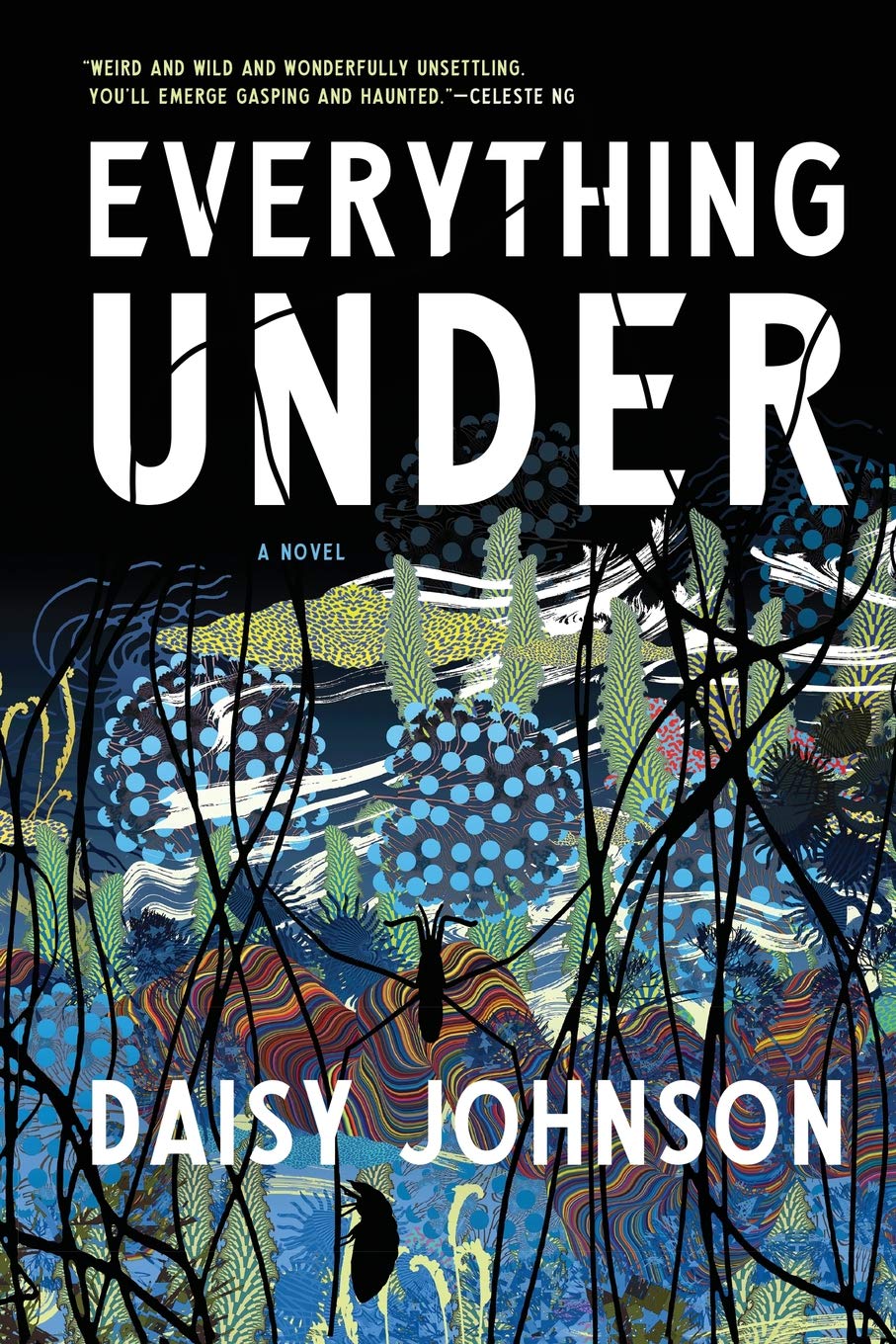 Every year I take part in the Good Reads challenge (if you want to add me I’m here). My target this year was 52 books. I completed it with one for luck- 53 books this year. As I read each book I took a photo for instagram and gave a brief opinion- I’ve copied and pasted them all here. I’ve separated them into categories, but left them in the order read within the categories.

2019 was an extremely stressful year in pretty much most regards. I don’t have detailed resolutions for 2020: just earn more money to reduce financial stress, do as much creative stuff as possible and try to have a Nice Time. My Good Reads target for 2020 is 100 books. I’m sure I’ll fail, but why not try.

Outcasts of Time– Ian Mortimer
Two medieval brothers fleeing the Black Death live a day in each century following. It was ok- I kept reading because I wanted to know what happened, but it was heavy-handed and full of incredibly clunky plot device dialogue. It shows that the author is normally a historian rather than novelist.

The Glass Castle– Jeanette Walls
Jeannette Walls’ account of growing up in the American desert and then Appalachia as the child of unreliable grifters. A brutal but good read.

The Secret Commonwealth– Philip Pullman
A thriller definitely aimed at adults and set a decade later with Lyra as a undergraduate. As well as the normal targets of authoritarianism and religious dogma, Pullman also takes a pop at Ayn Rand and Richard Dawkins and their smug, joyless worldviews. A really good read.

Everything Under– Daisy Johnson
If Angela Carter was really into canal boats and dictionaries.

The Testaments– Margaret Atwood
Well worth your time. It takes a different approach to the first book- it isn’t a terrifyingly claustrophobic monologue. It’s told by three separate narrators: Aunt Lydia; and two young girls, one growing up in Gilead, the other smuggled out to Canada. The themes of power and complicity are still the same however. I read it in two big chunks since yesterday morning.

Semiosis– Sue Burke
Interference– Sue Burke
Colonists in the near future try to found a eco colony and slowly discover the plants are sentient. The first book is a collection of short stories each following a character from a different generation. A bamboo plant also gains serious political power. In the second book, people from Earth come back, and things don’t go well.

Back Story– David Mitchell
Young David Mitchell really was Mark from Peep Show. He’s had a strangely uneventful life in many ways.

Saga Land– Richard Fidler and Kari Gislason
A really lovely travelogue/history/family story written by an Australian and an Icelander. It was originally a radio series in Australia. I saw the book in a shop in Tasmania (a place that reminds me a lot of Iceland) and wanted to get it, but it was a bulky hardback and would have cost me a small fortune to post back to England. So instead I have the ebook. The real book probably has some nice photo sections I’m missing. Definitely want to read Kári Gislason’s other books now.

Shrill: Notes from a Loud Woman: Lindy West
A collection of Lindy West’s articles about dealing with being in the public eye as a journalist and comedy writer while also being a fat woman, trying to take down the culture of rape jokes in comedy, dealing with mountains of online abuse and figuring out what makes her happy in life. Well worth a read.

Consider the Fork: A History of How We Cook and Eat– Bee Wilson
A social history of kitchen implements and the radical changes new cooking technology can cause in society, it’s really interesting and full of things I never knew before. I had never really given any thought for example as to when the saucepan entered history.

Serving the Servant: Remembering Kurt Cobain– Danny Goldberg
A memoir by Nirvana’s manager. It was pretty bland and corporate and didn’t take long to read.

The Silk Roads: A New History of the World– Peter Frankopan
The New Silk Roads: The Present and Future of the World– Peter Frankopan
Most people don’t give the Persians enough credit in history, assuming that they disappeared after the Battle of Marathon or something, and often not clocking that Iran and Persia are the same place. (Also “aryan” and “Iran” are the same word- something covered up by the eugenicists and Nazis misappropriating the name). Also interesting fact- Farsi/Persian is an Indo-European language despite using Arabic script, and has many recognisable words for speakers of other European languages. The New Silk Roads is an update on what’s happened in the region since the publication of the first book. (Peter Frankopan also got a sly shout-out in the new Philip Pullman book as an author Lyra should read. Perhaps the writers are friends in real life)

The Fallen: Searching for the Missing Members of the Fall– Dave Simpson
I was given this book at Berlin Airport by a co-worker on the way home from working in Germany- she’d just finished reading it. It had already been read by two other co-workers. Mark E.Smith seemed to believe he was running a brutal cult rather than a band.

Travellers in the Third Reich: The Rise of Fascism Through the Eyes of Everyday People– Julia Boyd
An interesting and disturbing read. A collection of primary sources from visitors to Germany in the interwar period, all written at the time without the benefit of hindsight. From outright fascist sympathisers like Francis Stuart to people like W.E Du Bois at the other end of the continuum with a whole load of ordinary tourists, students, diplomats and journalists inbetween. The excuses people made are disturbing and familiar “stop exaggerating,” “you just have to reason with them” etc etc. Highlights are the diary of Ji Xianli, Chinese historian on an academic exchange accidentally stranded in Germany throughout WWII, and the two sisters from Croydon who made multiple weekend trips to Germany posing as opera fans for cover smuggling papers and valuables out for refugees, while funding the whole thing by churning out Mills and Boon romances.

At The Tomb of the Inflatable Pig: Travels Through Paraguay– John Gimlette
Definitely an interesting read, and Paraguay was a country I knew little about aside from once reading a Gerald Durrell book about his trip there in the 50s. This book was from 2002 though, and the author definitely spoils things sometimes by trying way too hard to do that dated edgelord Vice reporter thing. He also does that gross thing where he gives every woman he mentions a review to see if she matches up to his standards of what he finds attractive (of course the men don’t get creepy personal comments about their bodies and appearance).

Pinpoint: How GPS is Changing Technology, Culture and Our Minds– Greg Milner
A book about GPS- its history, theory, applications and psychological side effects. Lots of interesting stuff- especially about some of the Polynesian navigation techniques it borrows from, and the fact that the signal is also used for synchronising financial systems and monitoring earthquakes.

I had a period earlier in the year when I was on enforced sick leave after having concussion. Agatha Christie books are excellent fodder for those kind of times- there’s loads of them, they’re engaging and well-observed, but completely unchallenging, and if you leave it long enough you forget the plots and can re-read the same one a few years later.

Closed Casket (ghostwritten by Sophie Hannah)
A perfectly competent detective story that didn’t feel like an Agatha Christie book at all. I guess it was a marketing thing. Acceptable sick leave fluff reading. One of the suspects was basically Enid Blyton, but Irish.

The Mystery of Three Quarters (ghostwritten by Sophie Hannah)
The Monogram Murders (ghostwritten by Sophie Hannah)
At Betram’s Hotel
Why Didn’t They Ask Evans
Towards Zero
Dead Man’s Folly
Mrs McGinty’s Dead
One, Two, Buckle My Shoe
Taken at the Flood
Murder is Easy
Hickory Dickory Dock
The Moving Finger
The Hollow
Third Girl
Elephants Can Remember
They Do it With Mirrors
Appointment With Death

The Dispossessed
The Day Before the Revolution
A re-read. The classic book exploring what a society based on Mutual Aid would look like. You can read it for free online here.

I got a discount copy of the complete Earthsea collection, and re-read them all after seeing the Ursula Le Guin documentary on tv (highly recommended)

A Wizard of Earthsea
Re-Reading it surprises me how short it is! I remembered it feeling like an a epic that took forever to read as a kid. That’s probably because a lot happens and there’s a lot of new concepts for a kid. The thing that strikes me as an adult is how rare it is to not have a Big Bad Enemy in this type of story. Instead the main opponent is a monster the protagonist literally created by magic from own insecurity and fragile ego, and the only way to stop it continually ruining his life is to literally face up to it. (Also always still love the section where’s he’s running through an Iceland like country pursued by a creepy zombie man and has to take refuge in the equally creepy castle)

The Tombs of Atuan
Reading it as an adult rather than a child, you realise just how creepy the setup is. As a ten year old or so you just kind of take it as given that a young girl is dedicated to the services of nameless evil, and that’s just where the adventure begins. From the documentary and the descriptions in the book the Oregon desert looks like a place I’d love to visit, and probably has fewer evil labyrinths filled with shallow graves in reality.

The Farthest Shore
It’s always been my least favourite. I find the character of the Prince extremely irritating. I guess it very accurately captures the greyness of despair, but that probably too accurately matches my own mood right now.

Tehanu
One of my favourites of the series. What happens when the adventures are over but you don’t have any social or magical powers left to save yourself with? Lots of slow mountains, rain, laundry and goats. Way more engrossing than the third book in my opinion, but always a divisive one.

Tales From Earthsea
The Daughter of Odren
The Other Wind
I find the short stories a pleasure, and the final book a total drag. Everything seems stronger and clearer when set on forgotten islands or remote mountain villages with people who are busy mopping floors or mucking out cows in between supernatural things happening to them. As soon as the stories get near palaces or kings they get all lifeless and leaden. Anyway that’s the whole series read now.

I also went to a conference in Bristol focusing on the works of Diana Wynne Jones, and re-read some books that came up in the talks that I hadn’t read in a long time.