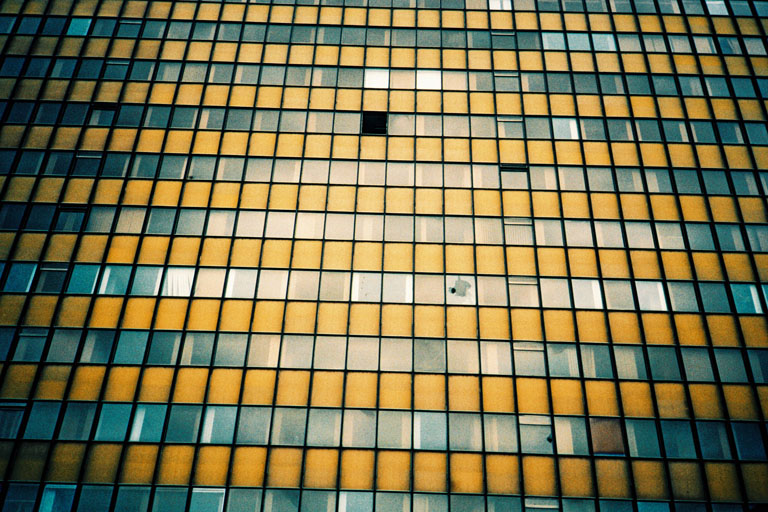 Flickr have massively changed their website recently, and I took the chance to go through all my old photos and re-organise them a bit, so I’ll be digging up various things from the archives over the next few weeks. Here’s some of Bracknell from 2005.

It was built in the post-war period to house all the people leaving London. At the time a lot of people wanted to leave the city and have their own house with a garden. My family included, that’s why most of them are still in London, but I grew up in N Kent. I’ve often passed through Bracknell by car, I went to university in Reading, very nearby, and some family friends live a couple of miles away too. Driving through Bracknell would often make my dad yell things at buildings through the window. My dad’s a (retired) surveyor, and he gets very het up about bad town planning and dodgy gutters.

I have never had a nice time in Bracknell. In 2005, I was working in a camera shop in Reading, and they used to send me to cover at Bracknell sometimes. Their branch was tiny, and the manager was very unpleasant to work with. I had the choice of eating my lunch in the stock cupboard under her critical eye, or go for a wander around the desolate 60s town centre. I went for the wander every time. I got a massive sack of expired slide film from work, and I could develop it for free anyway, since I worked in the lab, so I tried out every brand of slide film, to see which I liked most for x-pro. This Fuji Astia was my favourite, but it seems very hard to get hold of. All the photos are taken on an Olympus XA2- an ideal camera when you don’t want to lug an SLR around with you- and on Astia x-pro’d in C41.

In 2005, a lot of the buildings were empty, and there was a strong smell of urine on concrete around. Apparently things have improved a little, and there are grand plans to rennovate the place, but I have no reason to go there. The last time I was there, in 2008, I dislocated my shoulder playing bowling. I didn’t know this was something that can happen, but there you go. Bowling is more dangerous than you thought.