Tomorrow I’m going on holiday to Copenhagen for 5 days, somewhere I’ve never been before. I’ve visited Iceland, Finland and Estonia before, the outliers in the Nordic group of countries, and all in the winter, but I’ve never visited the core three Scandinavian countries in their famous long-dayed summers (although I’ve been in the Highlands of Scotland in the summer before, which is very similar). Copenhagen is within a short train ride of Malmö in Sweden (in fact Scania used to be in Denmark at one time), so I’ll kill two birds with one stone and visit Sweden too. As well as Copenhagen, I’m going to try to visit Roskilde, the Louisiana Art Museum and Elsinore, which are all nearby. (I’m not going to Legoland because it’s at the other end of the country, and I’ve been to the UK one loads for work anyway).

There has been a bit of a craze the last few years in the UK for Denmark. It’s a neighbouring country that we already knew for having excellent pastry and bacon (although I don’t eat bacon), and in the last few years Danish tv shows like the Killing, Borgen and the Bridge have been massive hits over here. Probably most people in the street would recognise a photo of Sarah Lund from the Killing. Newspapers wrote articles about how Denmark is a well-run country with excellent social services that usually comes out top in life satisfaction studies, and a lot of British people were suddenly interested in moving there, especially as the UK has been a bit depressing in the last five years or so and Denmark’s not very far away. At one point the northern half of England was ruled by Danish vikings as the kingdom of the Danelaw anyway, so maybe it was time to return the favour.

After booking my tickets, I ended up buying two different books about Scandinavia- The Almost Nearly Perfect People: Behind the Myth of the Scandinavian Utopia by Michael Booth, and The Year of Living Danishly: My Twelve Months Unearthing the Secrets of the World’s Happiest Country by Helen Russell. Michael Booth devotes most of his attention to Denmark, having a Danish wife and having spent a number of years living in the country, but he visits Norway, Sweden, Finland and Iceland too. The coverage of the other countries felt a bit rushed and cursory though, like a brief article on one or two points stretched out into a book section.

Helen Russell is a London based journalist whose husband was offered a job with Lego in rural Jutland. Although she felt cautious first of all, it seemed too good an opportunity to turn down, and because the couple were feeling over-worked and stressed and struggling to conceive the baby they wanted in London, thought it might be a good life move.

Of the two books, I much preferred Russell’s. Michael Booth comes across as snide and sneery a lot of the time, and like the stereotype of the North London journalist who lives in a media bubble of other superficial, faddish, social status obsessed media people and assumes his life is typical for everyone. For instance he complains that Danish parties are too pleasant, and the guests gently get on with each other, and he misses the “gladiatorial” parties in London. I live in London, and don’t recall having ever been to a “gladiatorial” party where I’m jockeying for social cachet. It doesn’t sound like much fun.

Helen Russell is more interested in integrating and trying to make friends and build a proper life while they’re living in rural Denmark. She enrols in language classes, and uses her journalistic skills to interview people about the society and culture. She’s also very funny, especially in the pseudonyms she picks to protect people’s anonymity- for instance her husband becomes Lego Man and the officious neighbours who like to check up on the recycling bins and the like are Mr Beard I, II and III. On one occasion, after seeing that Danish people like to put up flags on special occasions, she decides to put up a Swiss flag on the flagpole her house comes with, to welcome a Swiss friend who is visiting. Two of the Mr Beards immediately turn up with a freshly laminated copy of the national flag-flying rules and fret about whether she’s accidentally symbolically declaring war by flying a foreign flag on a building that isn’t an embassy.

Both writers paint a similar picture of Denmark and the Danes from a British perspective though, as a country that is indeed well-run and a great place for children and families, but also a bit insular and set in its ways. The culture comes across as a mix of a love for rules, regulations, scheduling and official clubs like Germany, but also free and easy in other ways, like about drinking, smoking and eating badly, and with a relaxed pace of life. People come across as very attached to specific ways of celebrating holidays and birthdays, and get outright confused by outsiders doing things differently, and also a bit unadventurous with food and drink (which I imagine is pretty different in Copenhagen too), and with a strange (from a British perspective) antipathy towards cold remedies. People seem aware that life is pretty comfortable in Denmark, and their reputation for coming top in international quality of life surveys- in fact it becomes a running joke in Helen Russell’s book that when she asks her interviewees to rate their happiness, everyone rates themselves 8/10- but it seems like although things are well-organised, life could be a bit stifling if you didn’t fit in, especially outside big cities. I think I’ll have a pretty different experience going on holiday in Copenhagen, rather than moving to rural Jutland planning to have children or settling down as a middle-aged upper-middle class couple with children though!

I’m looking forward to visiting anyway, and I don’t think I’ll have to worry about the neighbours twitching their curtains about how I’ve done the recycling wrong on a short holiday to central Copenhagen. Language-wise will be interesting. I don’t speak a word of either Swedish or Danish, but I get the gist well (especially from reading) because I speak German and studied linguistics so the cognates are really easy to spot, and I’m used to the sound of the languages from TV. Especially Danish, if you don’t listen properly it just seems to go into your brain as some kind of northern English that you’re not properly paying attention to (the dialects of Yorkshire and the North East owe a lot to the Vikings) until you listen properly and remember it’s another language. Danish has a very peculiar number system, but as I speak French, a language that thinks “four twenty ten nine” is a perfectly reasonable way to say 99, I’ll get used to it. The majority of Scandinavians speak English well anyway, so there won’t be any language barrier issues for a tourist. I’m also meeting up with Sanne, an old work friend who’s a local, so I’ll get to have some proper Danish recommendations.

I got a small amount of cash from a travel agents today (my bank does better rates for cash withdrawal while abroad). Sweden wins on this one. The 20 SEK notes I got have the Wonderful Adventures of Nils on (and the new ones issued later this year will have Pippi Longstocking on). The Danish ones have bland illustrations of bridges and archaeological findings on. Wikipedia tells me Denmark used to have much nicer banknotes. At least the exchange rate of both is nice and straightforward: £1= roughly 10 DK or 12 SEK. None of this £1=380 Forints nonsense I had to deal with in Hungary. I will have to judge the rest of the International Scandinavianing Competition after visiting. 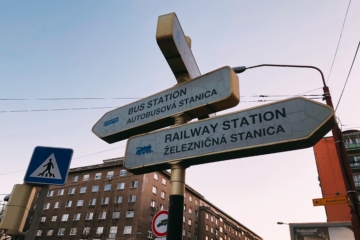 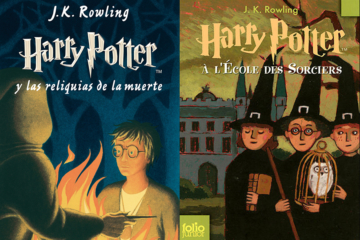 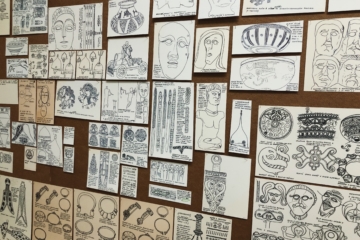 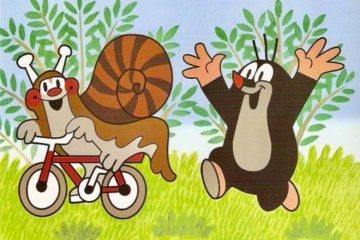