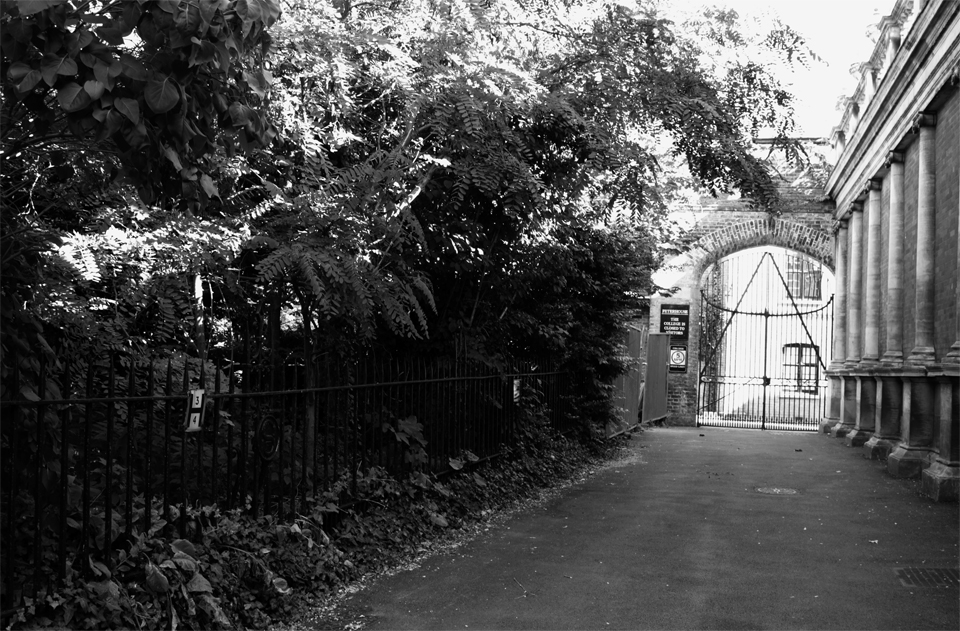 I didn’t have a very thrilling pre-Halloween weekend. I was struck down by the bug that’s been going around locally, and stayed in and watched Stranger Things instead. I was tempted to get a pumpkin to carve, but building work next door has displaced mice that have tried to come into my flat. At the moment they are deterred by cotton wool and strong-smelling orange and lemongrass essential oils, but I’d rather not tempt them in with a large ready cut pumpkin to eat.

In the summer I went on a ghost walk in Cambridge via work. The guide told stories of mysterious cloaked figures on roofs, and Black Shuck the giant black ghost dog, and also pointed out this spot, at the back of Peterhouse College, where it joins onto a graveyard, as the most haunted place in town. I am not really a believer in the supernatural, I’m more inclined to skepticism, but I do enjoy a good ghost story, and I’m a firm believer in atmospheres, at least. Some places are just full of it, (like Kit’s Coty).

Before the guide told us anything about the lane, she asked if anyone had felt strange walking there. Many people in the group, including me, had felt strangely elated and light-hearted walking along the first part of the lane, which then turned into a leaden, heavy feeling once turning the corner towards this gate. She said this was very common, and told us the story of how the student accommodation overlooking the graveyard has been exorcised multiple times, after apparently being haunted by the ghost of Francis Dawes, a member of staff who hung himself in 1789 and was buried in the graveyard. This is also the college that has the reputation of being the most Tory (and the most gay-friendly, which seems a very strange combination). I’m not saying there’s a correlation between the unspeakable evil lurking in the graveyard and the future political affiliation of the alumni, but…

(The combination of lines on the gate and building look quite Illuminati-like here too, don’t they?)

This spot at the back of the graveyard is the epicentre of the heavy feeling. I returned to the spot another time alone, in the daytime, to see if the place was still creepy in sunlight. Even on a bright sunny day, it definitely was. It feels damp and cold and dismal even if the weather doesn’t. Perhaps it’s some kind of air pressure or atmospheric thing.

The lane is also home to this wonderfully creepy building, the perfect place to accidentally house artefacts of eldritch horrors. It no longer houses archaeological exhibits, but is now a library, which is just as good for haunting.

I went for a walk inside the graveyard. The first part was cheerful and sunny and had birds singing. The back part (which backs on to the creepy place in the lane) was overgrown, and well, I didn’t really fancy going in there.

The church next door, which lies on the cheerful part of the lane, really is quite cheerful, and was hosting a fête on the day I visited.