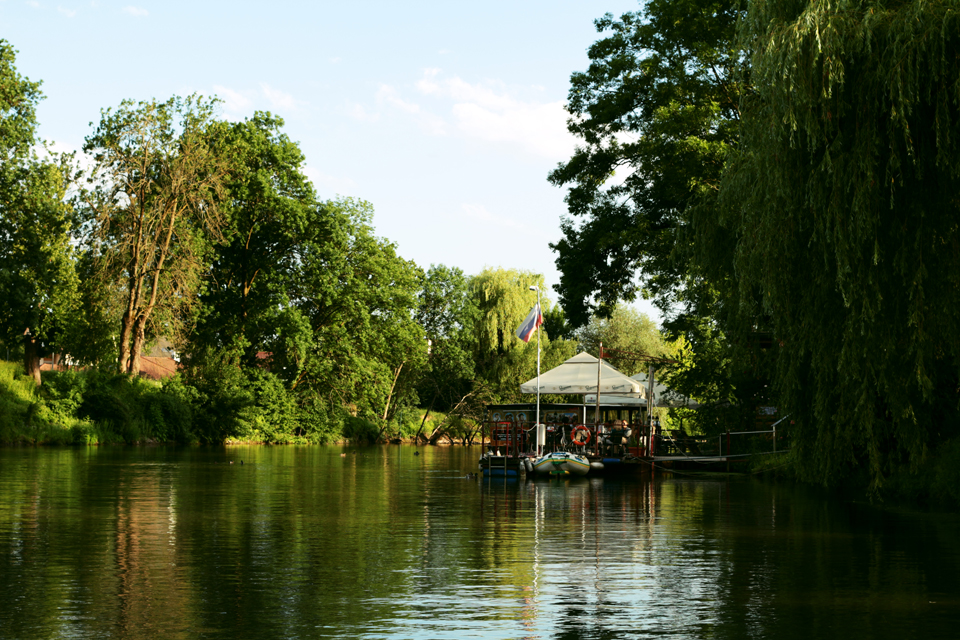 Sailing up the Ljubljanica

When I was in Ljubljana this summer, I went on a boat tour up the Ljubljanica (pronounced lyu-blyan-itsa) river that runs through the city. (You can see my other photos of Metelkova in Ljubljana here).

Slovenia is a very underrated country I think. Although it’s very small (only 2 mi. people), it combines the charms of both Austria and Croatia. Ljubljana is also a beautiful city, which seems to have a lot going on for such a small capital (around 300,000 people).  I was only there for a day and a half on my way to Klagenfurt over the border in Austria for work, but I plan to come back.

I have just finished a split zine about my trips to Croatia and Slovenia this summer- you can find it here.

We sailed out of the city centre to an area that strongly reminded me of Cambridge. The boat stopped at this cafe to refuel, and I was given a can of really, really terrible beer. I don’t even know what it was called- they offered me a choice of “the red one” or “the blue one”. I guess there’s a reason Slovenia is known for its wine instead.

I got a lovely view of Ljubljana castle while sailing along the river.

A lot of the city centre has these decorative pavements. I find it weird when you read American media, and they talk about Melania Trump like she escaped some kind of post-Soviet hellhole. Slovenia is well off! It was well off in the Yugoslavia days. It wasn’t really involved in the Yugoslavian wars. It’s in the Alps and has a lot in common with Austria and Switzerland (although not as rich as either of those)! I just checked the GDP per capita figure, and it’s on par with Spain, Italy and Cyprus. It’s a clean, safe, prosperous place with beautiful scenery. It was interesting that most of the tourists I encountered were either Austrian or British. There were a lot of Americans and Australians in Croatia, because the tourist board has been advertising the Game of Thrones filming sites, but I didn’t come across any in Slovenia.

I came across Ljubljana Pride. It very very small, and at this stage seemed to consist of people watching some speeches in Slovene on a stage made out of a lorry. LGBQT+ rights in Slovenia seem to be ok-to-middling, but of course much better than places like Russia or Serbia.

Here is a terrifying statue that runs across one of the bridges in the city centre.