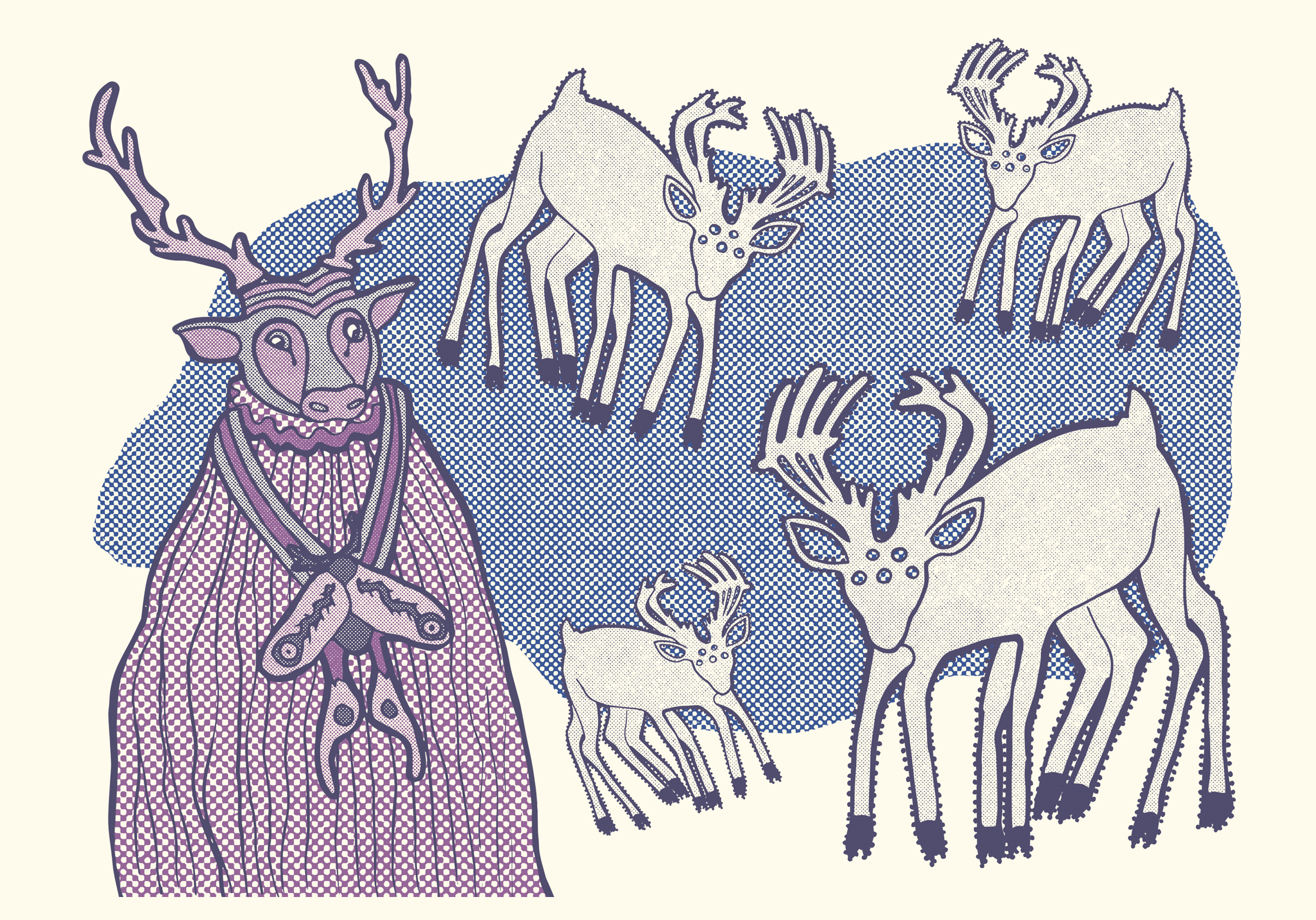 Night and Fog Are My Days

Happy Christmas, if you celebrate it.

I was brought up unreligious, by unbelieving parents, in a not very religious country, and there are no young children in my immediate family, so I’m not that fussed about Christmas these days (and as I live in a Tier 4 lockdown area, all my plans had to be cancelled this year – I suppose I have pure despair at the state of the Tory-run disaster zone I’m living in to keep me occupied). However I also grew up in Wicker Man Land (ie Kent), so I love spooky Yule stuff.

(The deer illustration is by me – you can order a print here, if you so wish)

Christmas is the traditional time for ghost stories from MR James, the Edwardian master of the psychological horror story. He was an otherwise staid and somewhat reactionary academic, who used to hold a Christmas party every year where he’d try out his new tales on an audience. Most of them revolve around a researcher of some kind, a historian or archaeologist or postgrad student, who visits an isolated or backwater place, and finds themselves slowly entering a paranormal nightmare, often connected with some cursed artefact.

Due to the fact that the stories are now over a century old, you can read them online for free. Gutenburg Project Canada has them here as either a webpage or ebook files to download.

Here’s a BBC adaptation from a few years ago, directed by Mark Gatiss, that sets the story in the 50s rather than the Edwardian era. (The other episodes aren’t in iPlayer this year, but this one is on Youtube in full)

The Dark is Rising

A classic eerie children’s book set on the 22nd of December. Features looming trees creeping up at the edge of your field of vision, sinister birds and Herne the Hunter. There’s an absolutely appalling film version, one of the worst book adaptations I’ve ever seen. Don’t watch that, stick to the book.

Mercury Rev also did an album inspired by the book, including a song named after it.

The Box of Delights

This was repeated pretty much every Christmas when I was growing up- 1930s children are given a magic box to hide from the bad guys who are after it, and have an assortment of adventures with characters like Pan and King Arthur. The villain is an incredible ham who disguises himself as a vicar, and the whole thing is incredibly 80s BBC teatime full ham and dodgy special effects that were state of the art in 1984. I doubt it’s repeated now, but the episodes have been pulled from Youtube for copyright.

It’s based on a book from the 1930s that is also out of copyright in many countries and can be read for free online as either a webpage or download.