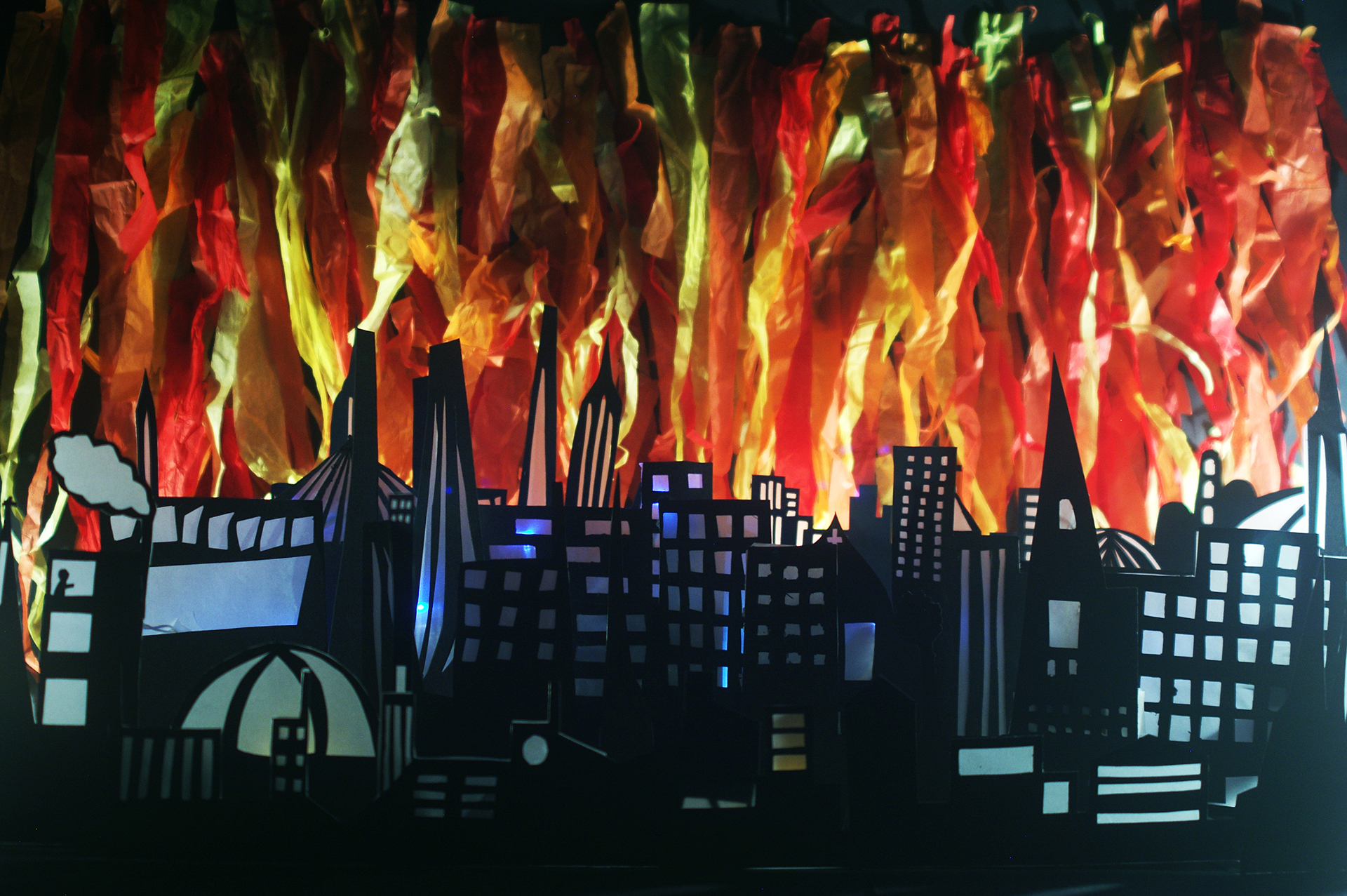 For the past few months, I’ve been working with a group of students and an English teacher at a school in North London to create a small animated film. The students were set the challenge of coming up with a story that reflected something about the school and the students within it. The school is very diverse, and they created a story about a girl who comes to London as a refugee, and is miserable at school because she doesn’t know any English yet, and can’t understand anything or anybody. However, she soon starts to learn the language, and becomes far happier once she can understand and make friends. The animation deliberately has no music or sound effects other than the voice-over, because the music teachers are planning to use it as a composition project in class.

With the support of myself and the other teacher, the students were responsible for script-writing, sound recording, production duties, artwork and camera operation, and I edited it together for them. The film was made on a real shoestring (the total budget was about £30 excluding the borrowed DSLR and tripod, and the staff’s time), with most of the scenes being made of pieces of cardboard and paper. There wasn’t really anywhere that the sets and so on could be left or space to set up a dedicated workspace, so each scene was set up and filmed individually in 90 minute sessions in the music room once a week after school. The students learnt that with some ingenuity, patience and hard work, you can make something interesting with no money, and hopefully in the future they will have a go at making their own films now they’ve made one.