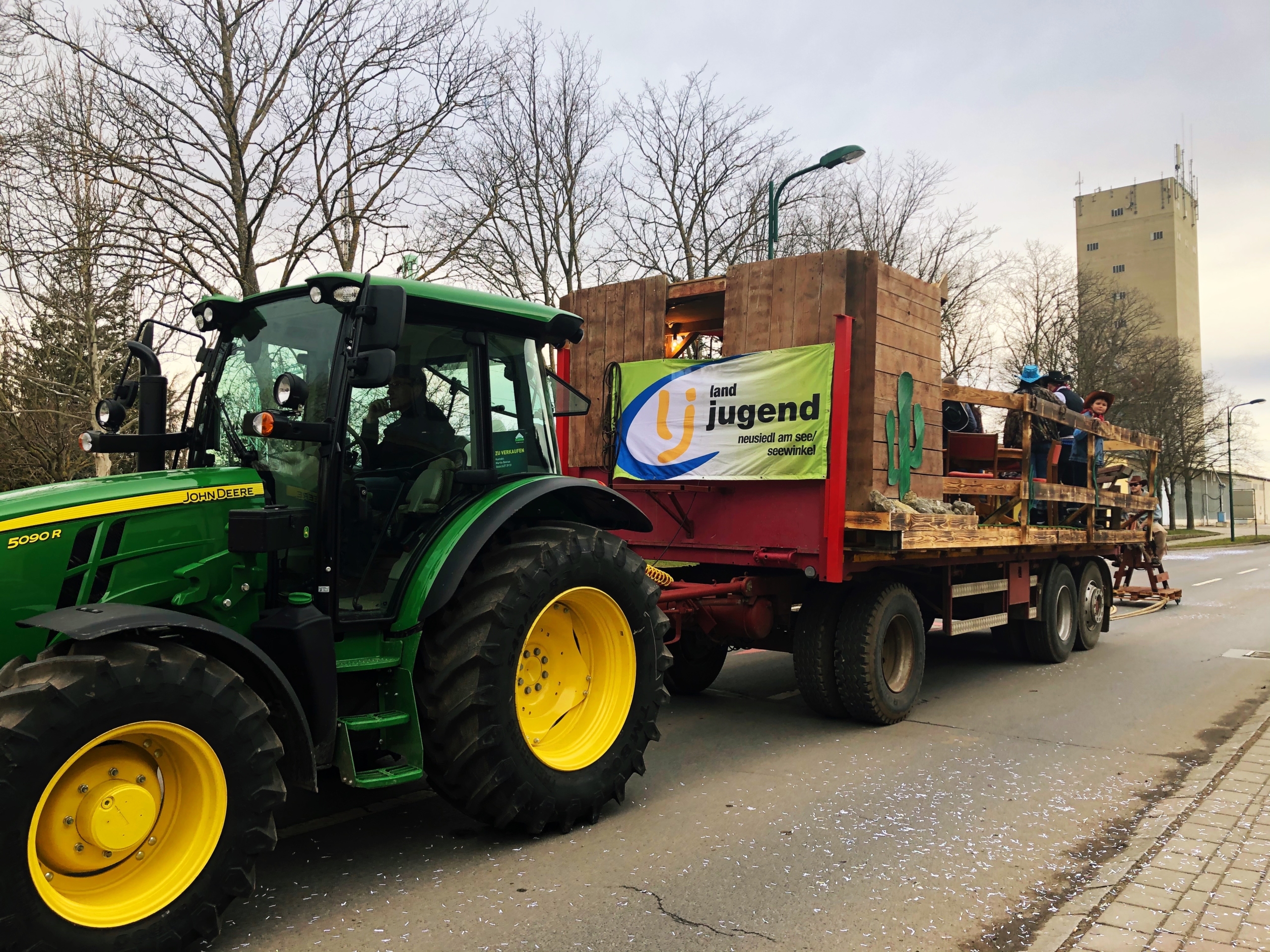 A lot of small towns in Austria have a Mardi Gras carnival, and they often organise them to be on different days to not clash. This means that if I’m in Austria doing school workshops in February I often see multiple carnivals. Wallern-im-Burgenland is still the most surreal I’ve seen.

When I arrived at the station on the Sunday afternoon I could hear pounding Happy Hardcore coming from somewhere. I checked into the hotel on the same street, and dumped my suitcase to go outside and have an explore. Just as I came out of the hotel, the parade started. These are all of the floats. There were people lining the street though, drinking pre-packaged shots. What else is going to happen in a tiny village on a Sunday afternoon in February?

The Roman Emperor gave me some sweets.

This is where the banging Happy Hardcore was coming from. The Party Tractor.

I think you need to see this video to understand the raw power of the Party Tractor.

They had a confetti canon filled with shredded newspaper.

The local Young Farmers club finished up the parade

Shredded newspaper turned up everywhere for a few days.