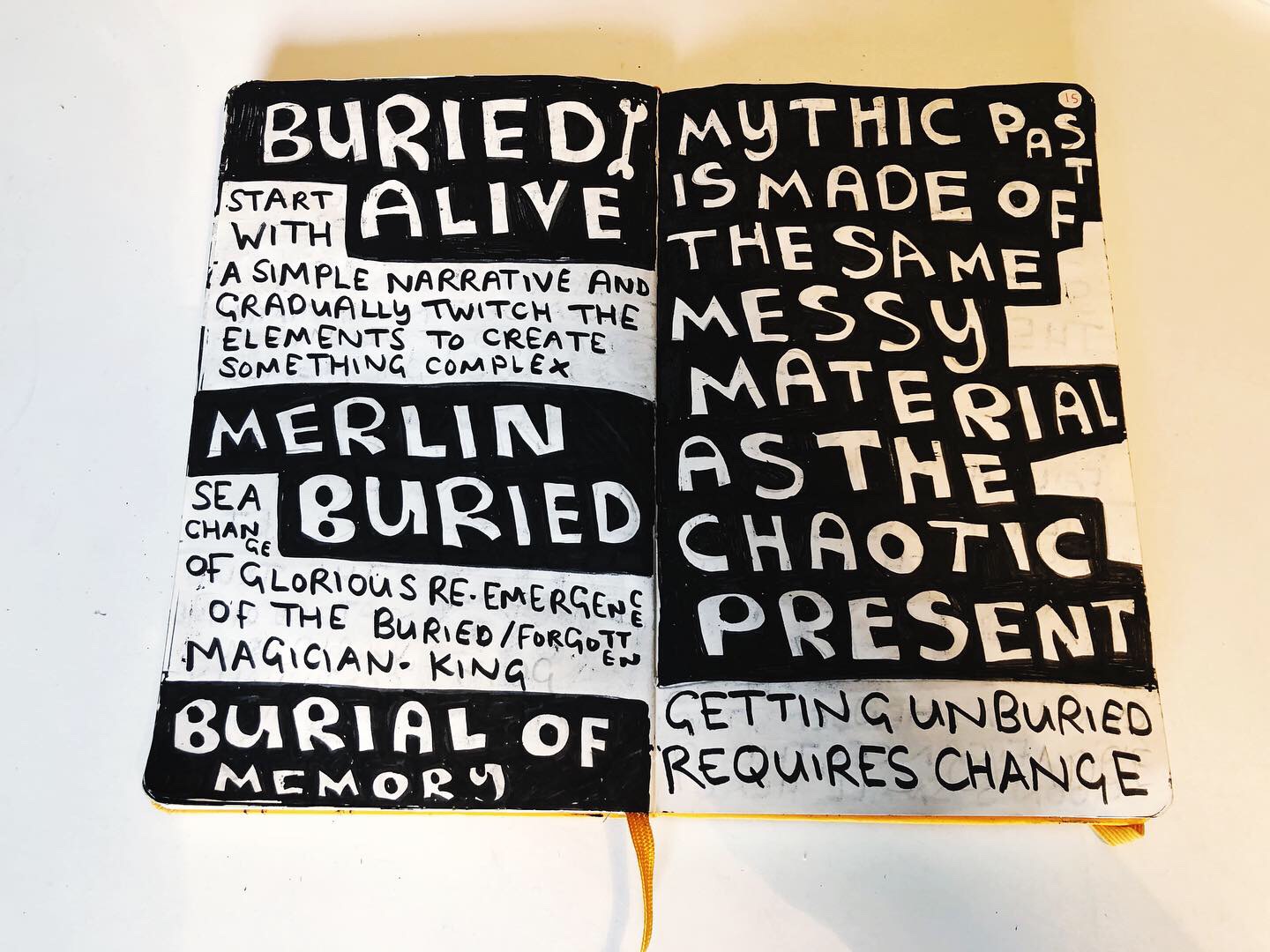 A couple of weeks ago I went to an academic conference in Bristol focused on the works of Diana Wynne Jones. She is probably best known for writing the book that the Studio Ghibli film Howl’s Moving Castle was based on, but she has around thirty other books aimed at a variety of ages. Even the ones aimed at children have a surprising amount of psychological and literary depth, and a willingness to explore very dark issues not usually found in books for that age group, giving her work a huge appeal to adults and academics.

Diana herself was also an extremely well-educated and well-read woman who was married to a specialist in Medieval Literature, who deliberately left all kinds of trails to interesting cultural things in her books that would ignite the curiosity of children, and set off sparks of recognition in adults with the right cultural framework to recognise them.

I was one of the last people to interview Diana before she died a few years back. Sadly she was too ill to meet, so we conducted it via email, but I did end up being invited to a memorial service in Bristol, where I met some of her family and her Hebrew translator and editor, Gili Bar-Hillel (who also did the Hebrew versions of Harry Potter and the Wizard of Oz). I wrote about it here.

I really enjoyed my time at the conference- I got to listen to a variety of interesting and well-researched talks about one of my favourite writers from speakers from a spread of different fields, and I met a lot of interesting and friendly people from a wide range of walks of life and countries. It’s always good to get out of your social bubble, and it reminded me how much I enjoy academic conferences. I’m not affiliated with any kind of academic department, and so don’t have any career pressure on me at conferences. I’m just there to enjoy getting my mind expanded.

It also reminded me that I probably need more substance in my life to be happy. I don’t get out to museums or talks often enough these days. Yeah I can certainly drink, socialise, chat with people, whatever, but I don’t find it very fulfilling if that’s all I’m doing.

When I did an Art MA, we had to keep a Creative Diary with entries of all talks and exhibitions we went to. I got into the habit of creating block notes with markers, and I made notes on every talk I went to at the conference. I’ll provide a bit of context with each image. I’m sorry I don’t have the names of all the speakers, I can’t find what I did with the conference programme.

The first page was a talk about introducing Diana’s books to students in the Deep South who might not have chosen to read them, and how the way she plays with genre and expectations is probably annoying and/or disconcerting to people with rigid expectations. (And one of the things that makes her books so appealing to her fans)

The next section is Leah Koch-Michael’s archaeology talk. She is a marine archaeologist based in Denmark. She took a look at the Dalemark series compared to the actual archaology of the North Sea. The book series has two stories set in the early modern/cusp of the Industrial Revolution era, one set in the Iron Age, one set in the modern era (with time travel) and events in a clearly early Medieval type era often referenced. The country the books are set in is fictional, but it has clear references to both Wales and Denmark. It was especially interesting for me to hear about the pre-Christianity era Baltic culture, because this is a time period that interests me, but my focus was always on Britain or the Mediterranean/Near East.

Going to an archaeology talk on a Saturday morning brings joy to my heart, and is something I should do more often.

Here’s some more archaeology notes, and a talk about boundaries, belonging and home about the Homeward Bounders (a book which is notably popular with people who grew up in a military or diplomatic family as well as those with experience of being a refugee).

The next page is about Year of the Griffin, one of my least favourite of Diana’s books. It’s always seemed like very hurried fluff to me. The talk was really engaging though, using the plot of the book as a framework to talk about the harmful politics of neoliberal policies of university marketisation. I actually re-read the book afterwards to see if I’d missed something, but I still didn’t rate it.

The next talk is by Gili Bar-Hillel talking about the magic of translation, and especially how do you handle literature where a word is deliberately used because it has multi-layered meanings in one language which may not carry over to any translations. Kafka is a good example of this- his sentences in German are short and superficially simple, but most of the words he picks have ambiguous meanings in German, making him hard to satisfactorily translate.

The next two talks were both about the Chrestomanci series and how the straightforward use/occasional subversion of Edwardian mansion settings (albeit it with the added dimension of multiple universes) relates to colonialism and psychogeography.

I also squeezed in some notes on a talk about the use of magical disguise and psychology.

The next talk was Karina Coldrick’s discussion of how the multi-universe travel in some of Diana’s books relates to actual current theories in physics.

The next talk was about the use of sensory experience and description in the Dalemark books. As I have already said, they are set in different time periods of the same imaginary country. In the pre-modern era, half the country is a Three Musketeers/Elizabethan England type police state where people are very careful with what they say, but also have a very strong oral cultural tradition. The Iron Age setting focuses very strongly on tactile physical culture. The main characters of the books are also respectively a weaver, a musician, a fisherboy and a modern literate girl (albeit heavily involved in looking after horses) who each narrate things through a different sensory awareness that their skills and experience give them.

These two pages are a confusing mix of a talk about the use of Diana’s Welsh heritage and her refusal to provide neat little maps of her invented places. The geography is meant to be as confusing for the reader as it is for the characters.

Diana frequently made use of a buried alive/Once and Future King motif in her books. Most literally in Black Maria and Hexwood, but also figuratively in terms of characters forgetting who they are/what they know.

“The Mythic Past is Made of the Same Messy Material as the Chaotic Present” is always a good motto to live by. And probably the thing drummed into your head the strongest if you study Ancient History. Also a good motto every time you look at Instagram or other attempts to present perfect lives.

The talk on the left was titled “The significance of the Goon’s small head”, and was about use of power, corruption, ego and narcissism in Archer’s Goon. The presenter made me laugh out loud by presenting the idiom “swollen headed” and pointing out that the Goon, the only magical character with any sense of proportion is consistently described as having an unusually small head.

The talk on the right is about the BBC tv adaptation of Archer’s Goon from the early 90s. I loved it when it was originally on (and the extremely Marc Almond-esque Torquil), but it’s pretty dated now. You can watch the whole thing on YouTube here though!

And my last pages are about the deliberately subverted use of known characters from myth or legend in Hexwood and how including that kind of cultural thread in your work leads readers to expect certain things, which can then be turned on their heads.

The last page is about esotericism and how it relates to Diana’s use of magic in her stories. She doesn’t go for a Harry Potter type set of rules and instructions about magic- it’s something psychological, intrinsic and hard to pin down.