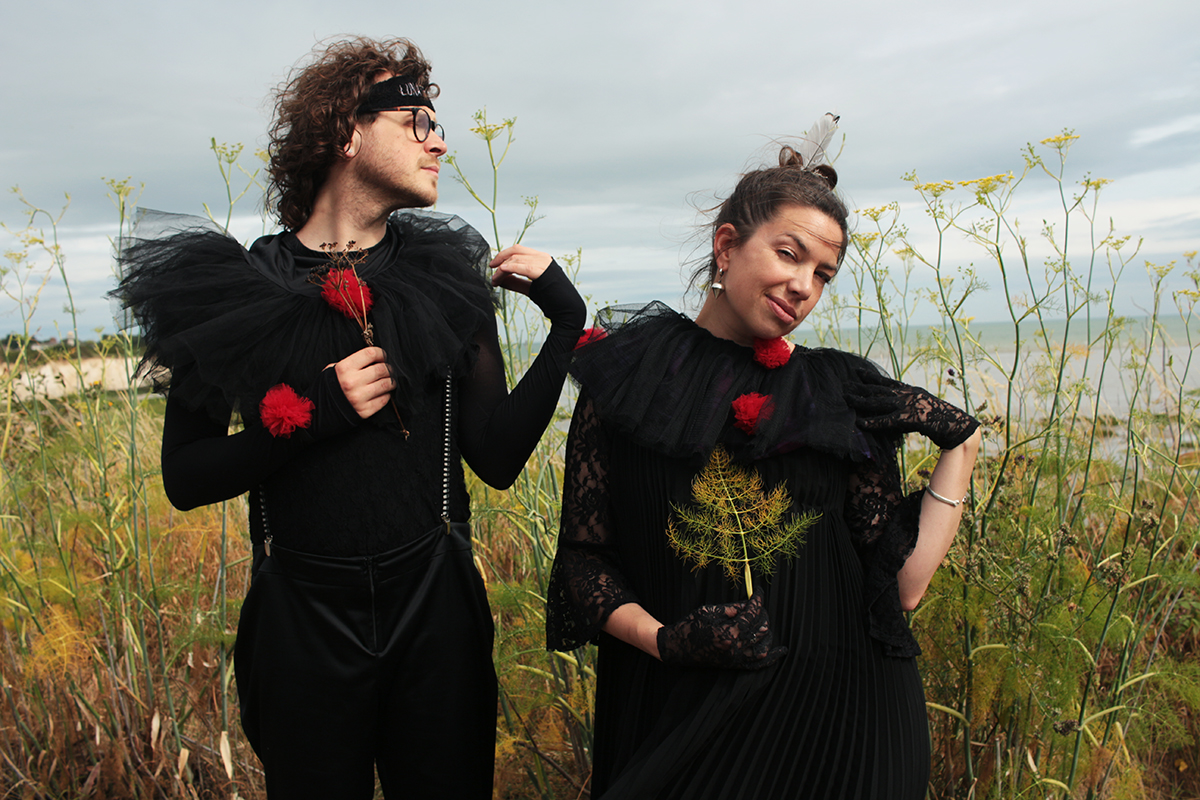 Last week I went down to Pegwell Bay in between Ramsgate and Sandwich to take some press shots for my friends Carli and Clair- aka the Lunatraktors. They describe their work as “broken folk” and combine folk, ambient vocal overtone work and choreography into it (Carli is also a choreographer and clown by profession). We wanted to combine the folk horror, commedia dell’arte and dance aspects into the shots, so they ended up wading through cornfields and washed up algae wearing a sort of flamenco funeral clown dress code. The rest of the photos are under wraps until the things they’re intended to promote are released.

Pegwell Bay is a strange place- strongly theorised to be the spot where Julius Caesar landed, and now a nature reserve with the ruins of a hovercraft port overlaying it. I have some landscape shots of it which I will post another time.