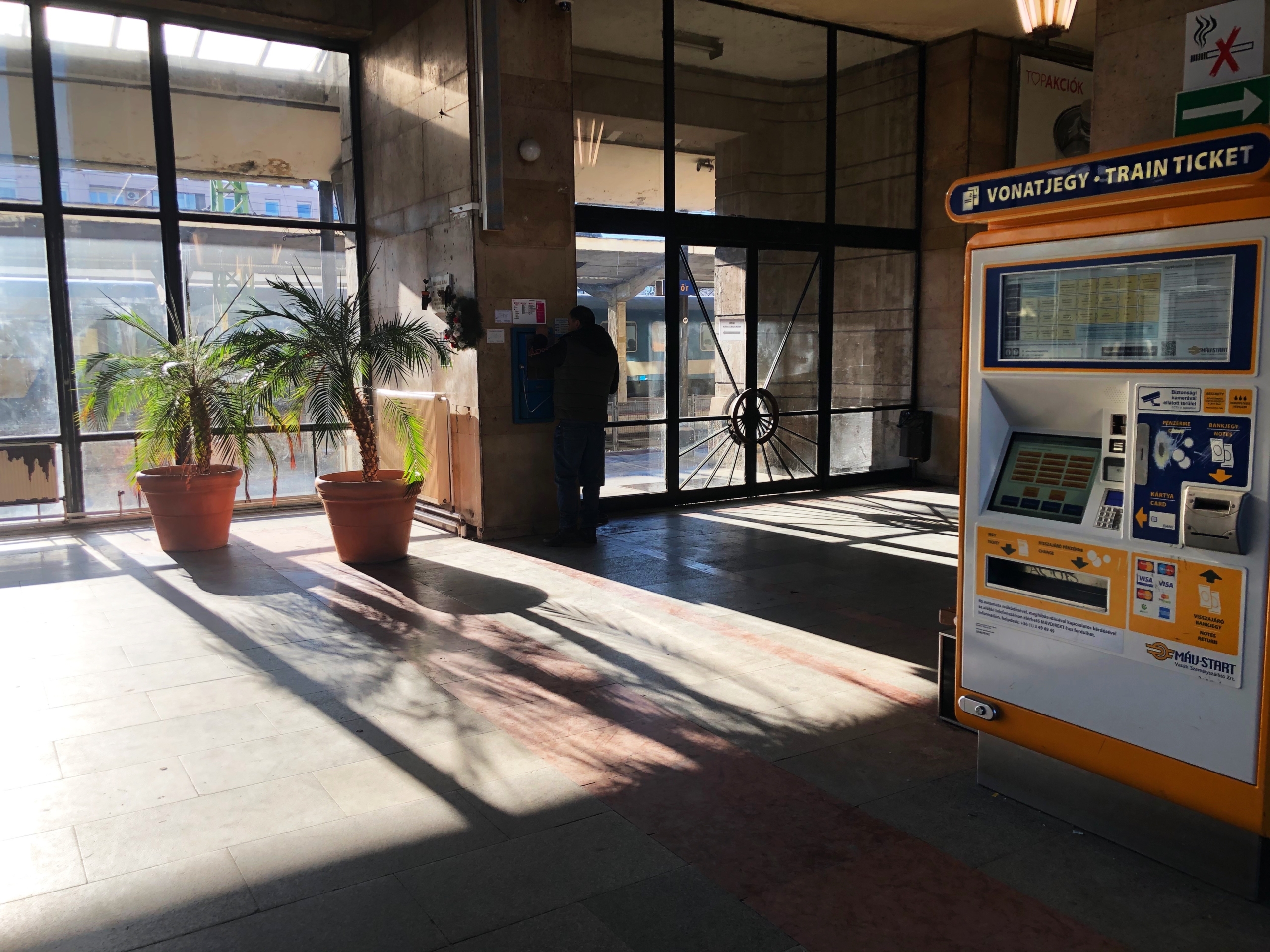 Győr Station Lives in the 50s

The Central Station in Vienna is new and fancy and glossy, as are the Austrian and Czech trains that pass through. I don’t think there’s hardly any shit trains left in Austria these days.

Plenty of Hungarian ones though! This was my decrepit old train- the intercity express from Vienna to Budapest (stopping at Győr). It had compartments with sliding doors still.

Győr station is really quite stylish in a 1950s way. I took most of these photos while I was waiting around bored for my delayed train back to Austria.

All the bases covered here. Hungarian landscapes, dinner, and tractors.

Memorial to the people who were deported from this station to concentration camps. Hungary had their own home-grown Franco style dictator, Admiral Horthy. Hungary being situated between Germany and the USSR, he had to pick an alliance, and chose Hitler. Despite being extremely anti-Semitic, Horthy drew the line at sending people to the camps and was stalling for time. When Hitler got word in the summer of 1944 that Horthy was trying to arrange a peace deal with Stalin and de-escalate the war, he invaded and installed the local ultra-fascist nuts, the Arrow Cross party in power, and within a month a huge amount of people were shipped to Auschwitz. More info here.

I bought this slice of cheesecake from the fancy bakery to take on the train. Hungary is very big on cheesecake. This was the weekly special flavour, chestnut. I regretted getting it. I like chestnut things, and I like cheesecake, but they were not a good combo.

Here’s Fertőszentmiklós where I had to wait 2 hours due to missing my connection. Thrilling huh?

It’s all go in Fertőszentmiklós.

Where am I going again?

This is the border between Hungary and Austria. Until 1989 it was heavily militarised, and still required you to go through a checkpoint until 2005. I saw an abandoned Checkpoint Charlie type place from the train window.