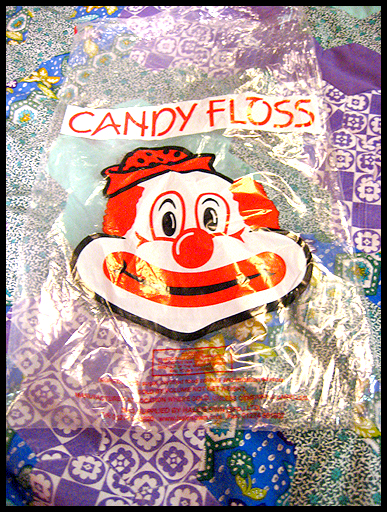 My friend/BZF compadre Ed went to the Müllheim Zinefest, and I gave him some of my zines to either sell or trade for interesting stuff. He didn’t manage to sell anything, but brought me back a bag with a creepy clown on it full of all kinds of great stuff in German and English.

There’s a German parody of Vice, and some great arty comp zines and interesting weird stuff in envelopes, like a mysterious cd in the blue one. On the cover of the programme zine there’s the scarecrow from the film version of Howl’s Moving Castle, and Ed said there were loads of German emo kids with tattoos of it wandering round. I’m not sure if even *I* like Diana Wynne Jones that much. The little zines really make me want to make a super mini zine in a decorative vellum envelope. (The Defiance, Ohio flyer got into the photo by mistake, I picked it up)

I really loved this mini zine, it was written by a pregnant woman living off the grid and writing about small pleasures, and it was really nicely written and on nice recycled paper.