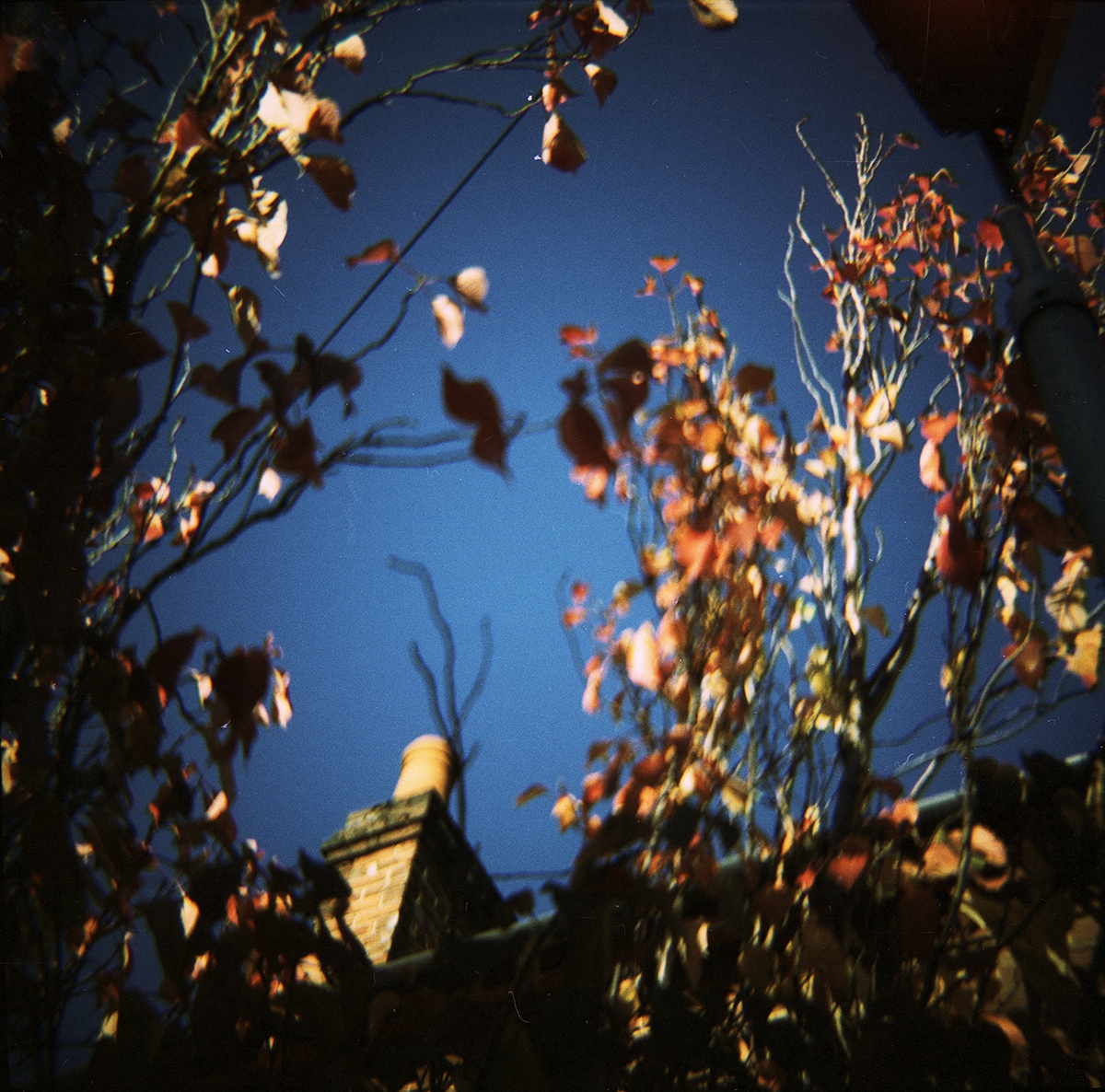 I’ve been working through scanning a mountain of old films. Here’s some from 2004. I was living in Reading and studying at the university there. I also handily had a part-time job in a film lab, resulting in free development. At the time I got a cd of the photos, but I have no idea what happened to it.

I took these with a Diana camera  (check the link- the Junkstore Cameras site is lot of fun and has been around since forever). Not the Lomo resurrection, an original 60s version I got in a charity shop. It really was a heap of junk. I used it a couple of times, and it essentially fell apart in my hands. The shutter and the spring just disintegrated. Later on I got one of the re-issues and it was definitely sturdier.

It’s some kind of expired Fuji slide film, cross-processed (ie slide film developed in print film chemicals to give weird colours). At that time digital cameras were coming in and a lot of shops were cutting down on the film they sold. This meant there were often expired rolls to be had for very cheap.

The camera really doesn’t focus well. This was a weird little park near my house. It had a sunken basketball court, also lined with these white bricks. It wasn’t obvious that the park even existed from the main road, and it always had an eerie atmosphere. Most of the streets in the area were a grid of Victorian two-up-two-downs, but there was also the badly-planned square of 60s houses just kind of plonked in there- arranged around a footpath, a carpark and the basketball place.

I don’t know what this was meant to be a photo of. The viewfinder on the camera was essentially useless.

The mighty River Kennet. Aka the same canal that runs through Kingsland Road in London

Again the viewfinder was useless. I was obviously hoping to get the yellow sign in there.

The local bookies. The kind of place with a sign saying “Turf Accountant” run by an ancient old man, and with several equally ancient old customers always sitting at the counter.

Light leaks! And the many ultra-bland blocks of flats of Reading town centre.