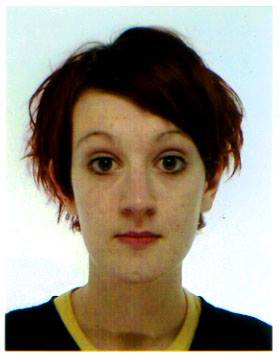 They only want you when you’re seventeen

I made this playlist a while back, and the post has been languishing in the drafts for a while, so I thought I’d finish it off for the end of the year. It’s all songs I liked when I was 17, which was in 2002. It’s a fairly roughly put together playlist, because it’s an attempt to make a jumble of songs fit together rather than to create a flow of songs (my usual way of creating playlists). I can’t remember why I made the playlist in the first place, but I think it was sparked by reading some article or the other. It was a while back, as I said.

The dominant music at the time was Nu Metal. The Strokes et al had just started to come in. I wasn’t particularly enthused by either. I used to go to a really shit alternative night in Chatham because it was something to do and they didn’t care about legal drinking ages (and was the only place open after 11 where my friends wouldn’t get beaten up). One room played indie, the other metal. Whatever song you asked for was too heavy for the indie room, and not metal enough for the metal room. So I rarely heard anything I liked there. Some of my (male) friends were in post-rock or post-hardcore bands, and that was more fun. (Some of them later set up a piss-taking night they dubbed post-core and claimed it was a legitimate genre).

There’s a big mix of stuff on here I guess, but nothing too embarrassing. Most of it is probably typical of people of roughly the same age. When I lived in Brighton however I seemed to be surrounded by crust-punk types, and in London more straight up HxC types. These weren’t the people I seek out, but they just seem to be there, surrounding you. They are also people with incredibly narrow and restrictive tastes in well, everything. They are certainly people who would judge this choice of songs embarrassing. I’ve leave the verdict up to you.

Brief comments about each song under the cut.

Lover I Don’t Have to Love- Bright Eyes

I loved this album at the time, even if it’s ridiculously overwrought. So is being a teenager I guess.

I haven’t bothered to listen to anything new B&S have done in years. Stuart Murdoch’s whole thing seems vaguely creepy as nearly 50 year old man, and the music has gone bland and lost the slightly sinister undertow that made it. I still rate their late 90s stuff A+ though. (ie before Stuart Murdoch started letting any other members write any songs).

I’d say the majority of my friends from Sixth Form at the time liked both Belle & Sebastian and Shellac. It’s allowed. Honestly. Also my friend Sanjay had a birthday party that turned into a regular clubnight, and this was the floor-filler. Honest to god. (Tbh going out in Medway was not so usually specifically tailored to my interests)

Here’s a really good in-depth interview by Evelyn Morris with Steve Albini, talking about misogyny in music
“Prayer to God’ (Shellac) – You summarized this perfectly when you said it was a naked expression of male entitlement. It was inspired by a casual reflection on the idiom of the murder ballad, and how fucked up it was that we have a tradition of song that is basically dedicated to men murdering women. Then what if there was a guy who was too much of a wimp to actually murder anybody but just as frustrated and entitled.”

A Perfect Teenhood- Trail of Dead

Back to back with this. I wish Trail of Dead hadn’t bothered to do any albums past Source Codes. They clearly agree with me, because the last time I saw them play, at an ATP, they stuck to songs from the first two albums.

One Armed Scissor- At The Drive In

You can’t have Trail of Dead without At the Drive In. (I don’t have that much interest in the Mars Volta, and Sparta are just fairly dull straight-up HxC- you needed both halves together I think).

I loved this song, and I was so, so, so disappointed with the album. It was limp.

The (sadly only) Rival Schools album however is great, and always worth a listen

Apparently this song was from the 80s, but they didn’t get around to recording and releasing it until 2001. A nice treat for 2001 then.

My friend Sanjay mentioned above used to cut hair in our local venue, the Tap ‘n’ Tin. (It’s a huge building and the owner experimented with adding extra sections like a laundrette and hairdresser’s). We were both kind of bored- I was finishing school and wanted out of Medway, and he was doing his foundation year at art college in London and couldn’t afford to move up until the next year, and was itching to be in London properly. So yeah I mostly associate Autechre with hanging out with Sanjay on a Tuesday night watching him cut hair in a pub.

One of the few Sigur Rós songs with actual lyrics- albeit in Icelandic.

I had the chance a couple of years before to see Elliott Smith play, but I didn’t go for it because the tickets were expensive (plus the train fare into London), I didn’t know anyone else at the time who liked him (I was 15) and it was at a time where he was really struggling with mental health and addiction and was extremely erratic live. So I gave it a pass. An eternal regret.

Sonic Youth were my 100% favourite band at the time. I guess they are still one of my favourites, but my loss of respect for Thurston Moore and the way he conducts his life (cliche piggish mid-life crisis man) has tarnished them a bit. Perhaps less on the songs Kim sings.

Clinic seemed to play support for almost every gig I went to at one point, but never seemed to get anywhere, which is a real pity. Eerie goodness.

Another Sanjay hair-cutting song. Electroclash was so heavily hyped at the time in the music press, but I never felt like it was specifically my thing, mainly because I didn’t feel glamorous or sophisticated enough. I like some of the songs though.

Were Ladytron counted as electroclash? They were probably more fun than a lot of the other artists in the genre either way.

I couldn’t name any other Fischerspooner song for you (could anyone?), but what a song. Another giant hype thing of the time that went absolutely nowhere.

The The Empty- Le Tigre

I skipped school to watch Le Tigre play in London, and it was a good use of my time. Being a teenage girl who was into music was not always easy. Even having opinions or interest about music was a risky business, that could lead to you getting patronised, dismissed or ignored, and the assumption was that you were someone’s girlfriend who had been dragged along to any gig. There were no women on stage locally, and you’d better behave yourself to be even allowed to stand at the edges of the boys’ club. So seeing Kathleen Hanna in the flesh gave me some small faith in humanity. (And a straight male friend who came felt really uncomfortable and unwelcome at the gig- guess that’s how the rest of us feel almost all the time at these things, huh?)

Try not to feel ashamed that they wrote these songs as sixteen year olds, and look how old you are? (The Cap’n Jazz reunion show in London recently was a real treat).

SFA however will keep on going forever.

Can anyone resist asking how his voice got so high whenever Geddy Lee’s name comes up? They’re a stronger person than I am, that’s for sure. This seems to be a Pavement song that’s overlooked, which I think is a real pity. They annoyingly spilt up just as I was getting into them. It took til 2010 before I could see them live (I saw Stephen Malkmus play solo a lot though)

Weirdly my friends were not that enthused about Sebadoh, despite being exactly the sort of people you think would love Sebadoh. Their loss.

Being a 17 year old girl means you’re an object of terror to your male peers.

The Beta Band have kind of disappeared, haven’t they? They were really popular at the time.

The same with Enon- Toko Yasuda is probably more known for being in the Van Pelt now.

Meet Me At the Harbour- Idlewild

I lost interest in Idlewild when they stopped rolling around on the floor and tried to be sensible Big Songwriters. I loved 100 Broken Windows at the time though, and still have all the 7″s of the singles at home.

Be Quiet and Drive- Deftones

The only nu metal band I chose to listen to. Would they be insulted if you called them nu metal? (Ok actually I have a soft spot for both System of a Down and Tool, but am unlikely to stick either on. I was surrounded by Korn and Machine Head in my youth whether I liked it or not. I probably made up for my lack of enthusiasm for nu-metal in embarrassment factor by my intense teenage love of NIN).

I found out about Slint from the same source I found out about Sebadoh- from the soundtrack of the film Kids, a film I would watch again and again when I was 15-16 (along with Heavenly Creatures and Trainspotting). I don’t know if my enthusiasm for Kids says something worrying about me as a teenager, or just says something about how incredibly unrealistic all the other media that was on offer about being a teenager.

I was given this live album as a gift, and I think it actually probably tops any of Arab Strap’s studio albums. Looser, more dynamic. I always wondered who were these women though who willingly went out with Aidan Moffat though? Did they not listen to his music?