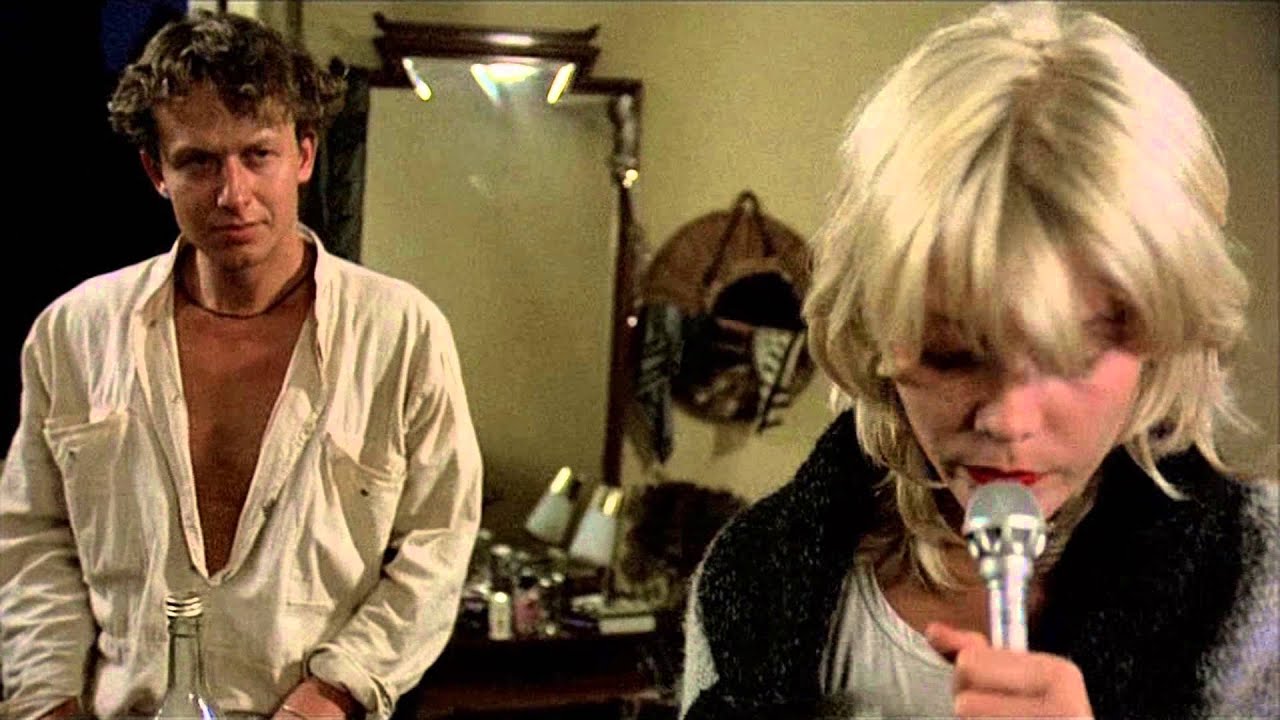 The other weekend I went to visit Erika and her partner at their beautiful house. I always have a nice time there. The worst thing that ever happened to me there was that I once ate too much Stilton and had to have a lengthy lie-down. If the worst thing about your day is that you ate too much blue cheese, then the day is going well.

(Jethro Tull-heavy selection of records my Hungarian landlord kindly left in my flat- they might have been more useful if he had also left a record player. The copy of the White Album was missing Back in the USSR. Censorship at its finest.)

We were going to watch a film while having our food and drink, but then a BBC4 four thing came on of synthpop performances from the TOTP archives, so we watched that instead. I then asked “What’s that great 80s Hungarian song that goes ‘Panther, lion, gorilla . . AFRICA!'”. It’s this:

It turns out the lyrics are about how going on a safari is a kind of colonialism. Who knew? (Well, Hungarian people, pretty much all of them know all the words). I had also thought the lyrics mentioned crocodiles, but it turned out to be something about baobabs and coconuts instead. The likelihood of anyone from Hungary getting to go on a safari in the early 80s were pretty low, to be honest. I’ve put this version with just a picture rather than the official video. What was acceptable in the early 80s behind the Iron Curtain is not quite the same as what is acceptable these days. I wish they’d just stuck to hanging out on a boat on Lake Balaton pretending to be Duran Duran. (The actual video is on Youtube too).

I went to a karaoke party on a boat once in Budapest. The (Hungarian) friend who invited me forgot to tell me it was karaoke of the greatest Hungarian hits from the 70s and 80s. Everyone was really into it, and my really drunk friend kept trying to get me to have a go and then looking really surprised every time when I said “I’ve never heard this song before in my life, and I don’t know what 80% of the lyrics mean”. I’m not big on karaoke anyway, and to do it with a song you’ve never heard before, in a language you only speak in a very basic way (and that has lots of everyday words that sound very similar to something filthy/really long words to trip you up) in front of a boatload of total strangers was not ideal. It was a memorable and surreal experience anyway just being an observer. Everyone else knew absolutely every word. They played Afrika at least 3 times.

We then got on to other Hungarian bands and watched a load of videos on Youtube. I’m really interested in the social history of the Cold War anyway, and it’s especially fascinating seeing how people went about creating artistic work living under strong censorship and limited access to outside material. Hungary was one of the more open Warsaw Pact countries, but people still had to toe the line.

This was Erika’s favourite- Joy by Csokonai Vitéz Műhely. It’s great. 80s art school kids let loose with a video camera. Also the one of the member’s names is Zéno Kiss. The Hungarians know how to do names. Zoltán and Attila are very common men’s names over there. Erika later sent me the lyrics with a translation- “Tébolyult magányom megosztanám Veled, kedves” – I’d like to share my deranged lonliness with you, my dear.

Itt van, pedig senki se hívta by Trabant. Apparently it means “he is here uninvited”. It comes from this film, which apparently involves a love triangle with a zookeeper and a concert pianist. Marietta Méhes, top 80s Hungarian pinup.

(my old hallway in Budapest)

We looked at some pictures of various places in Hungary, and it’s badly made me want to go back. The last time I was there was 2 years ago, and the last time in Budapest was in 2007.