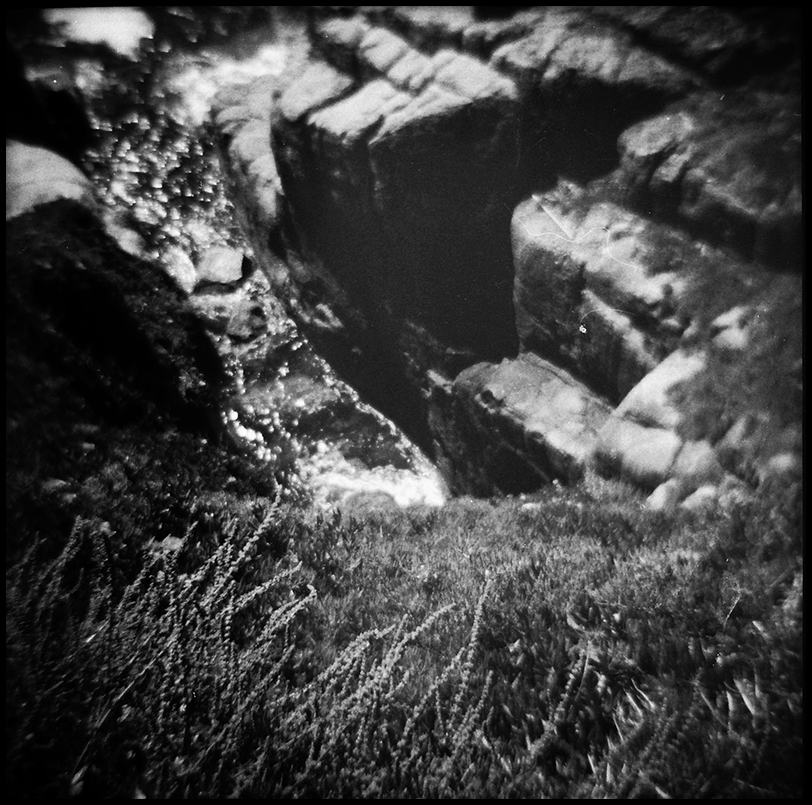 Last night I scanned about 20 rolls of film. Here’s the first one, some pinhole photos I took in Cornwall a few years ago, using the Diana + (you can remove the lens and use it as a pinhole camera). I think they’re of St Ives and Mousehole. They’re pretty soft looking, because I just rested the camera on a wall rather than use the tripod. Here are some I took using the tripod and with colour film with the same camera, they’re much sharper. I like these monochrome ones though, they’re quite eerie looking.